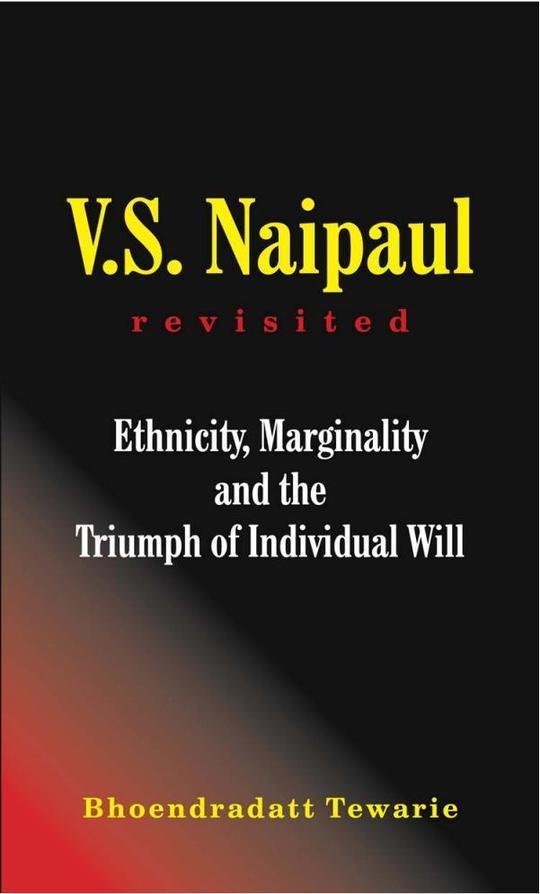 V.S. Naipaul Revisited: Ethnicity, Marginality and the Triumph of Individual Will

By Bhoendradatt Tewarie
US$ 9.99
Buy eBook NowGift eBook
The publisher has enabled DRM protection, which means that you need to use the BookFusion iOS, Android or Web app to read this eBook. This eBook cannot be used outside of the BookFusion platform.
DescriptionTable of ContentsReviews
Book Description

In this collection, Tewarie delves into 6 of Naipaul’s fictional works: Miguel Street, The Mystic Masseur, The Suffrage of Elvira, A House for Mr Biswas, The Mimic Men and A Bend in the River. Naipaul’s world involves 3 cultures – the Old World Hindu culture; the Creole culture of colonized Trinidad; and the emerging global culture of modern western civilisation – and the protagonists of the 6 works examined in this book are all caught, to a greater or lesser degree, in this cultural crossfire.

In these novels, it is argued, Naipaul’s perception of the phenomena of ethnicity and colonialism are closely linked and there is a dynamic interplay between these two that is at once described and explored in his fiction. Ethnicity, for Naipaul, can be a double edged sword – it may help one to stave off the world but it can also constitute a terrible burden. As a central component in personality, ethnic concerns often involve a strong source of spiritual restlessness and malaise and help determine the protagonists’ view of the world and their attitude toward it. As a result, the protagonists often need to solve an identity crisis through a process of self-knowledge before they can re-engage the world. Haunted by the problems of marginality and exile with which the culturally displaced individual has to deal, there is always present in Naipaul’s characters a triumph of the individual will over external conditions, an assertion of basic humanity, and a rejection of ethical nihilism.

The ideas presented in V.S. Naipaul Revisited offer food for thought and are a welcome addition to the existing literature on Naipaul.