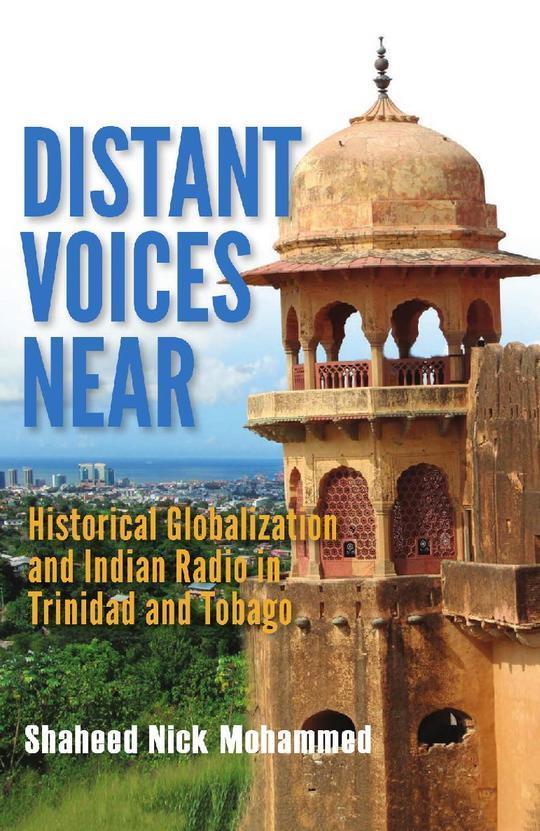 By Shaheed Nick Mohammed
US$ 19.99
Buy eBook NowGift eBook
The publisher has enabled DRM protection, which means that you need to use the BookFusion iOS, Android or Web app to read this eBook. This eBook cannot be used outside of the BookFusion platform.
DescriptionTable of ContentsReviews
Book Description

Distant Voices Near chronicles the development of the popular and contentious Indian radio media subsector in the Republic of Trinidad and Tobago from global historical perspectives and explores its implications for culture and national sentiment in the modern context. The work acknowledges the complex discourses surrounding ethnic and cultural identities in this diverse Caribbean nation where numerous groups coexist, among them the descendants of Indian indentured labourers.

Shaheed Nick Mohammed employs a media-history approach that recounts the emerging roles of modern communications technology and systems from the development of wireless telegraphy and early radio to the use of streaming and social media and the interplay of social and cultural forces along the way. Within this framework, he also maps the evolution of the Indian radio content genre into its own media subsector and into a business and marketing concern across national media while at the same time boasting global reach.

Using documentary research, interviews with programmers and listeners and content analysis, Mohammed examines the precedents of Indian radio in Trinidad, its advent and development, and its emergence into a global presence through live streaming and social media.

Shaheed Nick Mohammed is Associate Professor, Communications, Pennsylvania State University, Altoona. He is the author of Communication and the Globalization of Culture: Beyond Tradition and Borders and The (Dis)Information Age: The Persistence of Ignorance.