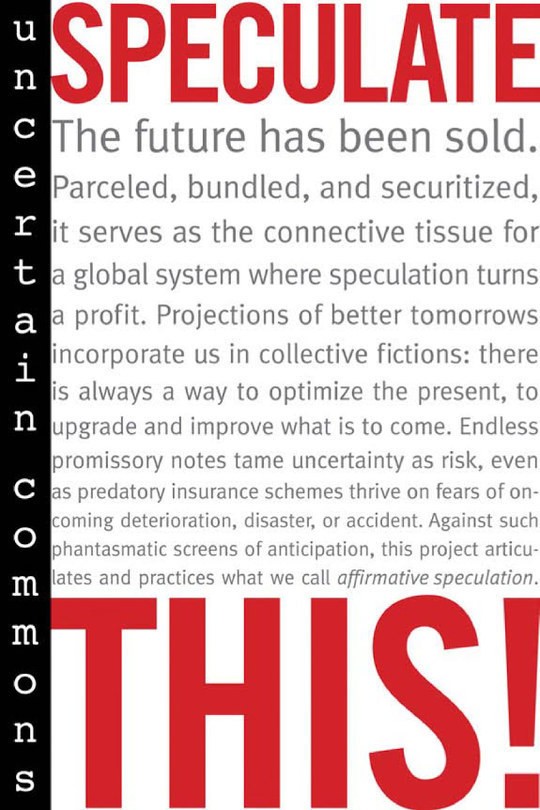 Speculate This! is a concise, provocative manifesto advocating practices of "affirmative speculation" over and against contemporary forms of speculation that quantify and contain risk to generate financial profit for a privileged few. This latter mode of speculation is predatory and familiar, its fallout evident in ongoing environmental degradation, in restrictive legal claims on natural resources in distant lands, and in the foreclosures, evictions, and unemployment resulting from the financial collapse of 2007–08. While such exploitive speculation seeks to reduce uncertainty and pin down the future, the affirmative practices championed by the authors of Speculate This! engage uncertainty, contingency, and difference, and they multiply, rather than reduce, possible futures. In these affirmative practices, social relations and the creation of goods and knowledge are not driven by the desire for financial gain or professional status. Whether manifest in open-source software, eco-communes, global activist movements, community credit networks, or experimental art, speculative living affirms our commonality. As a collaborative work coauthored by a group of anonymous scholars, Speculate This! argues for and embodies affirmative speculation.