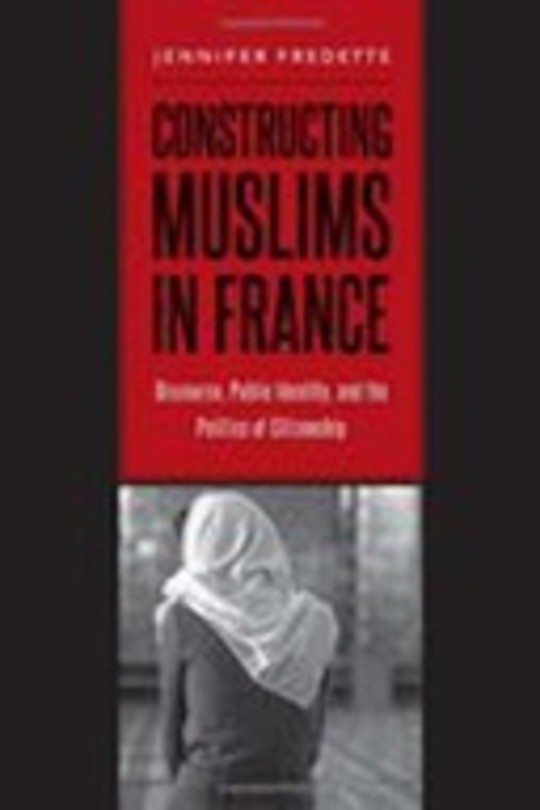 Constructing Muslims in France: Discourse, Public Identity, and the Politics of Citizenship

The standing of French Muslims is undercut by a predominant and persistent elite public discourse that frames Muslims as failed and incomplete French citizens. This situation fosters the very separations, exclusions, and hierarchies it claims to deplore as Muslims face discrimination in education, housing, and employment. In Constructing Muslims in France, Jennifer Fredette provides a deft empirical analysis to show the political diversity and complicated identity politics of this relatively new population. She examines the public identity of French Muslims and evaluates images in popular media to show how stereotyped notions of racial and religious differences pervade French public discourse. While rights may be a sine qua non for fighting legal and political inequality, Fredette shows that additional tools such as media access are needed to combat social inequality, particularly when it comes in the form of unfavorable discursive frames and public disrespect. Presenting the conflicting views of French national identity, Fredette shows how Muslims strive to gain recognition of their diverse views and backgrounds and find full equality as French citizens. This title was made Open Access by libraries from around the world through Knowledge Unlatched.