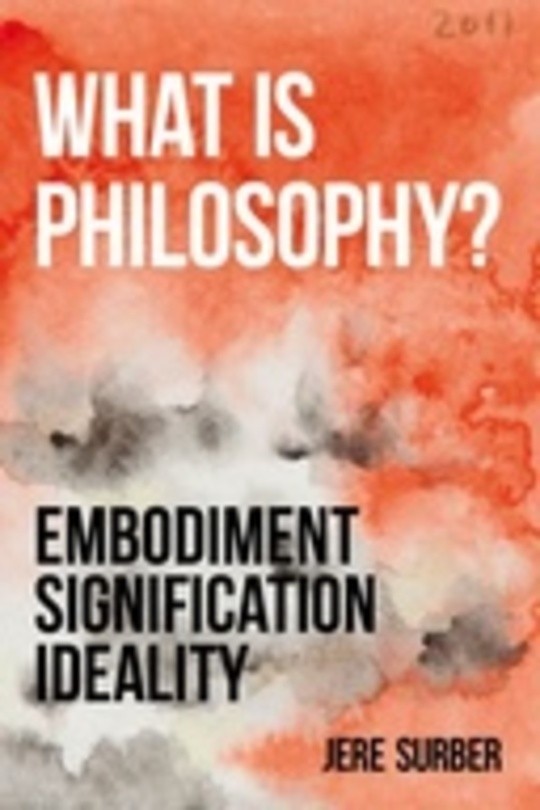 What is Philosophy?: Embodiment, Signification, Ideality

The enterprise of philosophy has been under sustained attack throughout the 20th century, not just by the sciences and allied cultural forces but within the traditions of analytic and Continental thought themselves. This work attempts to diagnose the roots of these assaults on the enterprise of philosophy and responds to them by developing a new constructive and systematic ‘image of philosophy.’ This novel conception of philosophy aims to re-establish philosophy’s ‘field’ as a humanly indispensable enterprise autonomous from, but related to, other such areas as religion, science, and art. Beginning with Kant’s suppressed notion of ‘analytic a posteriori judgments,’ and drawing widely upon both the ancient and modern traditions as well as such contemporary thinkers as Deleuze, Badiou, and Meillassoux, it proposes a new ‘mapping’ of the field of philosophy in terms of three conditions necessary for the very existence of philosophy as an activity, body of texts, and thought-complexes expressed in them: embodiment, signification, and ideality. In so doing, it offers a view that is realist, finitist, constructivist, and pluralistic, but that also accords a central role to logical reasoning and truth claims. In the end, it seeks to discover the common roots of the analytic and Continental traditions, to move beyond the impasses and exhaustion of ‘postmodernisms,’ and to provide a framework for addressing the newly emergent philosophical issues of the 21st century.
Print available from Re.Press