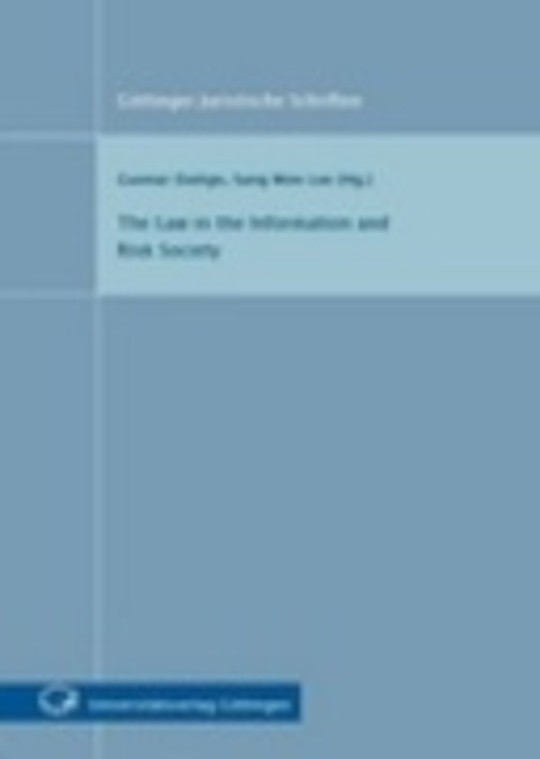 The Law in the Information and Risk Society

The information and risk society poses a new challenge for the law in all its fragments. Modern media communication and technologies increase people’s prosperity while stating new risks with not uncommonly devastating crisis-potential: The banking crisis, the safety net for the euro zone and the nuclear incident in Fukushima are only the latest forms of those specific modern common dangers which the law is facing – in many cases due to it’s domestically limited validity - not or not sufficiently prepared. In order to promote the international dialog within the jurisprudence there was a conference in October 2010 held by the faculty of law of the Georg-August-Universität, supported by the chair of GAU, together with the faculty of Seoul National University School of Law discussing main issues of law in a modern information and risk society. With this volume the results of this convention shall be made accessible to everybody interested. Thereby it illustrates not only the variety of new issues and aspects, but also reveals that this can only be the beginning on the way to a deeper understanding of the complex correlations. Volume 10 in the series „Göttinger Juristische Schriften“ The series is published by the Faculty of Law of the Georg-August-Universität Göttingen und makes events at the faculty publicly available.