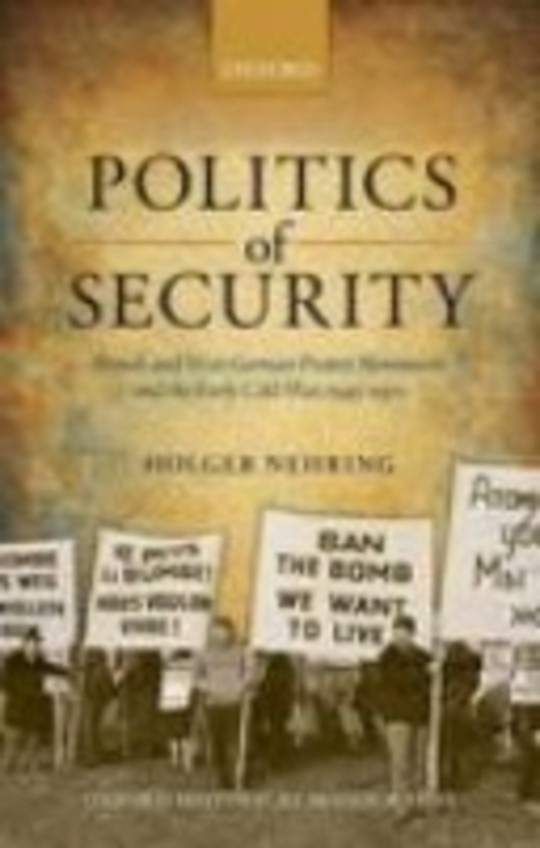 The Politics of Security tells the story of how people experienced the cold war as a war. It is about the impact of the cold war on political cultures. This crucial issue is often forgotten in historical memory. In particular, the book follows British and West German anti-nuclear-weapons activists in their attempts to campaign for and create security after the destruction of the Second World War, and how their own version of security clashed with concepts advanced by their own governments. But the book also demonstrates how, as part of the protests against nuclear weapons, activists and their societies learned to live with the Bomb: it recounts how activists first discovered the dangers of nuclear weapons, but how a different generation of activists came to focus on other issues as the Vietnam War became their primary concern. And it makes comprehensible how activists in two societies who had fought each other fiercely in the battle of dictatorships and democracies of the Second World War could now come to see each other as part of a common campaign. Fundamentally, with its transnational approach, the book highlights how these two societies drew on very similar arguments when they came to understand the cold war through the prism of the previous world war. The book is the first to capture in a transnational fashion what activists did on the marches and what it meant to them and to others. The book thus reminds us that threats are not merely out there, but that they need to be created in a political process that involves struggles for power and contestation.