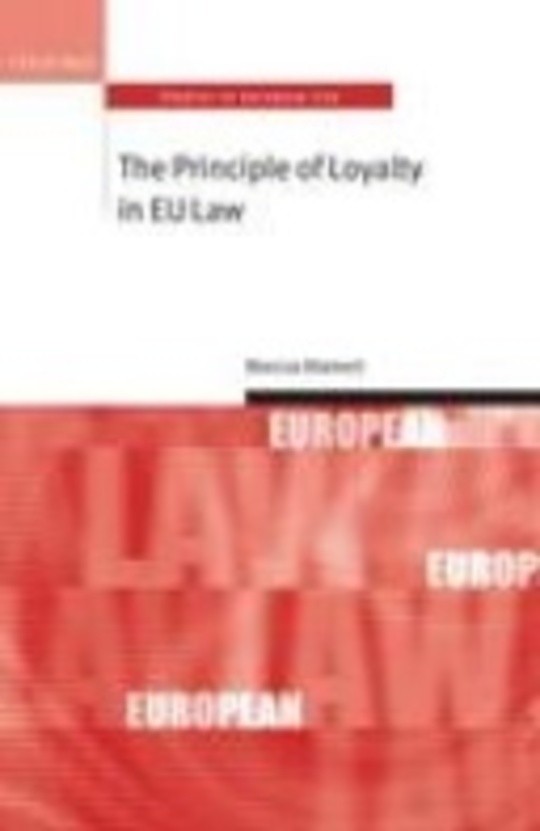 The Principle of Loyalty in EU Law

The book offers the first treatment in English to provide a thorough examination of the legal duties falling under the principle of loyalty in EU public law. Despite its seemingly innocuous wording, in what is now Article 4 (3) TEU, the principle of sincere cooperation has had a significant impact in deepening the reach of EU law within the Member States. The principle has been central to the development of Union law since the 1960s, and is still being relied on by the European Court of Justice to often-controversial effect. Providing a thorough discussion of the principle of loyalty in EU law, this book introduces a novel classification of the very diverse roles loyalty plays in the EU. It distinguishes between the effects loyalty prescribes for interlocking the legal orders of the Member States with Union law (cohesion), its application in preventing and resolving conflicts between the Union and the Member States (cooperation), and the loyalty principle's role in the shaping of EU law (construction). It addresses important and yet unresolved questions pertaining to loyalty, such as its relation to the principles of solidarity, effectiveness, fidelity, pre-emption, the Union interest, institutional balance, and the unity of international representation. The book explains why the principle of loyalty has been neglected in the prevailing narratives about the constitutionalization of EU law, places it in its international context, examining how it has influenced EU law and the comparisons that can be drawn with national and international principles of law.