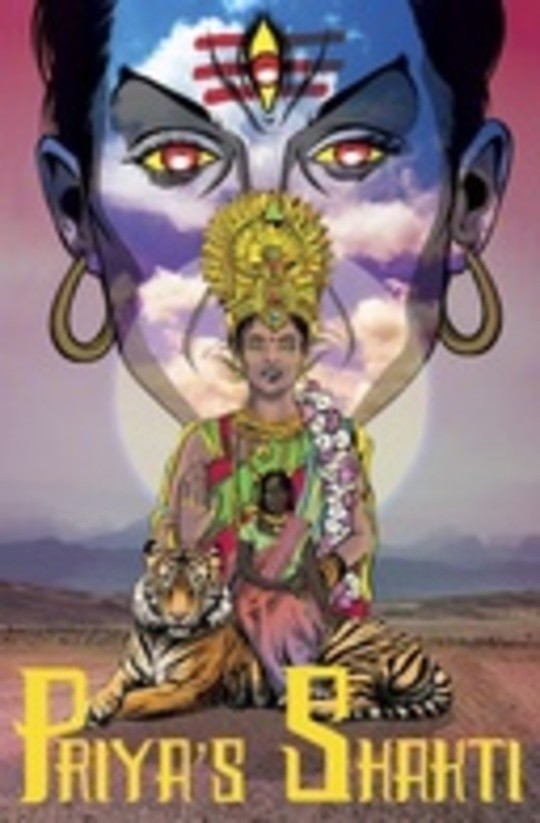 A mortal woman and the Goddess Parvati fight against gender-based sexual violence in India and around the world in this layered storytelling project and augmented reality comic book, supporting the movement against patriarchy, misogyny and indifference through love, creativity and solidarity

An innovative social impact multimedia project that helps illuminate attitudes towards gender-based violence (GBV), Priya’s Shakti arose in the aftermath of a highly-publicized gang rape on a bus in New Delhi in December 2012 that outraged India and the world. The project centers on the Goddess Parvati and Priya, a mortal woman devotee and survivor of rape and is rooted in ancient matriarchal traditions that have been displaced in modern representations of Hindu culture. It creates an alternative narrative and voice against GBV in popular culture through the Hindu mythological canon. Through its message, this project can reach wide audiences in India and around the world—anywhere GBV is an issue.

Central to the project is an augmented reality (AR) comic book & exhibition – the first of its kind with international outreach and social engagement. In the AR comic book, certain panels will be animated to feature real-life stories and voices of Indian women who have survived sexual assault and faced the ensuing trauma and social stigma. These pieces will be short documentaries, but the women will be animated in order to protect their identities and can be activated through a free AR APP. This project will help define the new frontier of integrating literary publications & exhibitions with AR technology. The comic book will initially be available in Hindi, English & Marathi but eventually will be translated into other languages.

The storyline focuses on Priya, a human woman and ardent devotee of the Goddess Parvati who has experienced a brutal rape and the social stigma and isolation resulting from it. The Goddess Parvati is horrified to learn about the sexual violence that women on Earth face on a daily basis and is determined to change this disturbing reality. Inspired by the Goddess, Priya breaks her silence. She sings a message of women’s empowerment that enraptures thousands and moves them to take action against GBV around the world. This project highlights the threat of sexual harassment and violence that women face on a daily basis unless deeply rooted patriarchal norms are challenged.
. 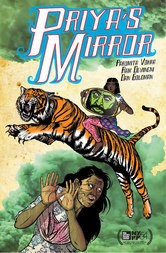