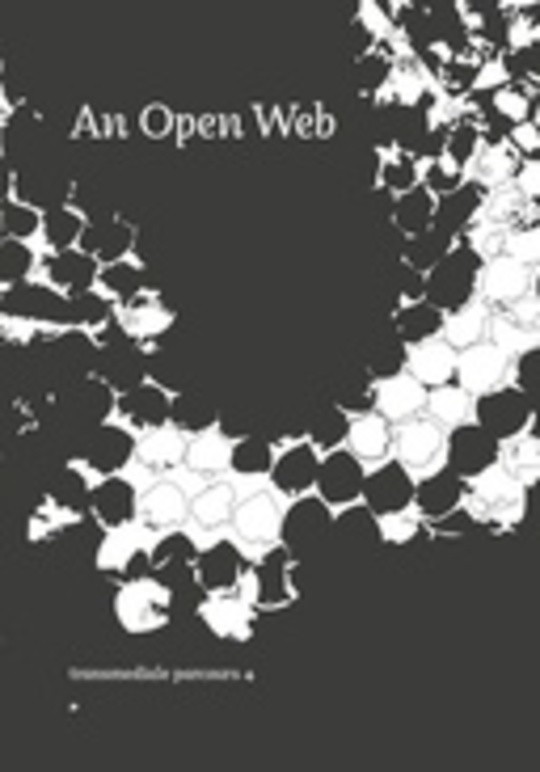 An Open Web: The Web is Closed. The Future is Open.

The Web was meant to be Everything. As the Internet as a whole assumes an increasingly commanding role as the technology of global commerce and communication, the World Wide Web from its very inception was designed to be a free and open medium through which human knowledge is created, accessed and exchanged. But, that Web is in danger of coming to a close. This book shows what is happening and how you can play an important role in keeping the web open.

An Open Web was written in 5 days by 6 collaborators. Zero to book in 5 days. It was an intensive process and loads of fun. You can also participate by improving the book and keeping it alive! (see below for details) - all edits are welcome! The Book Sprint was held in Berlin January 17-21 2011, sponsored by Transmediale and FLOSS Manuals and the CHB.

You can order the printed book at flossmanuals.net


On March 15, 2012, Bassel Safadi was detained in a wave of arrests in the Mazzeh district of Damascus. He is currently being held at Adra Prison in Damascus by the Syrian government.

Since his arrest, Bassel’s valuable volunteer work, both in Syria and around the world, has been stopped. His absence has been painful for the communities that depend on him. In addition, his family, and his wife, have had their lives put on hold.


The United Nations Working Group on Arbitrary Detention has determined that Bassel’s arrest and imprisonment were arbitrary and in violation of international law, and has asked for his immediate release.

For information on the campaign to free Bassel, visit FreeBassel.org