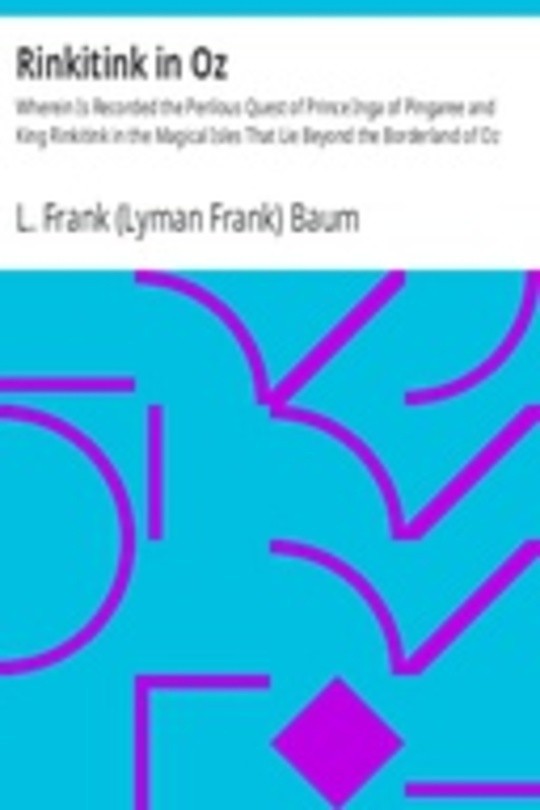 Rinkitink in Oz: Wherein is Recorded the Perilous Quest of Prince Inga of Pingaree and King Rinkitink in the Magical Isles that Lie Beyond the Borderland of Oz. is the tenth book in the Land of Oz series written by L. Frank Baum. Published on June 20, 1916, with full-color and black-and-white illustrations by artist John R. Neill, it is significant that no one from Oz appears in the book until its climax; this is due to Baum's having originally written most of the book as an original fantasy novel over ten years earlier, in 1905. Most of the action takes place on three islands – Pingaree, Regos, and Coregos – and within the Nome King's caverns. Since the original ruler of the nomes, Roquat – who later renamed himself Ruggedo, was deposed in 1914's Tik-Tok of Oz, Baum had to cleverly rework the tale to accommodate his successor, the well-intentioned – but politically motivated – Kaliko.
The book was dedicated to the author's newborn grandson Robert Alison Baum, the first child of the author's second son Robert Stanton Baum.
From Wikipedia (CC BY-SA). 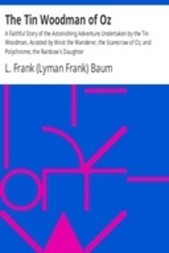 Free
The Tin Woodman of Oz A Faithful Story of the Astonishing Adventure Undertaken by the Tin Woodman, Assisted by Woot the Wanderer, the Scarecrow of Oz, and Polychrome, the Rainbow's Daughter
By L. Frank (Lyman Frank) Baum 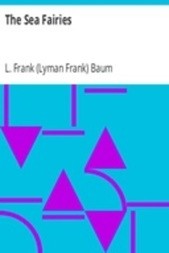 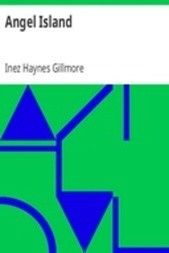