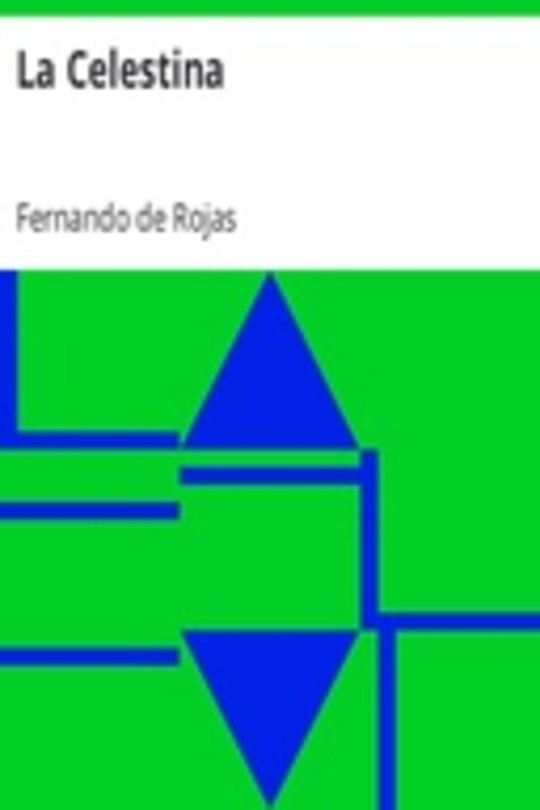 The Tragicomedy of Calisto and Melibea (Spanish: Tragicomedia de Calisto y Melibea), known in Spain as La Celestina is a work entirely in dialogue published in 1499. It is attributed to Fernando de Rojas, a descendant of converted Jews, who practiced law and, later in life, served as an alderman of Talavera de la Reina, an important commercial center near Toledo.
The book is considered to be one of the greatest works of Spanish literature, and traditionally marks the end of medieval literature and the beginning of the literary renaissance in Spain. Although usually regarded as a novel, it is written as a continuous series of dialogues and can be taken as a play, having been staged as such and filmed.
The story tells of a bachelor Calisto who uses the old procuress Celestina to start an affair with Melibea, an unmarried girl kept in seclusion by her parents. Though the two use the rhetoric of courtly love, sex not marriage is their aim. When he dies in an accident, she commits suicide. The name Celestina has become synonymous with procuress, especially an older woman used to further an illicit affair, and is a literary archetype of this character, the masculine counterpart being Pandarus.
From Wikipedia (CC BY-SA).