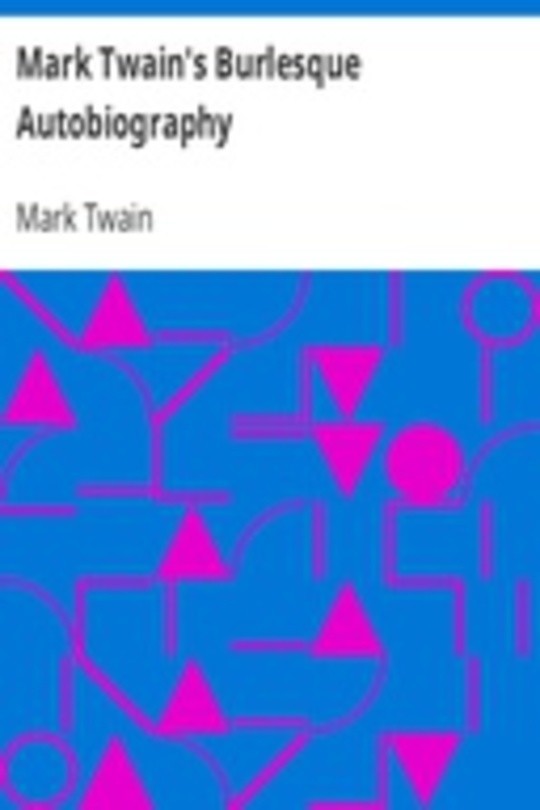 Mark Twain's (Burlesque) Autobiography and First Romance is an 1871 book by American author Mark Twain. Published by Sheldon & Co. in 1871, the book consists of two short stories: "A Burlesque Autobiography", which first appeared in Twain's Memoranda contributions to The Galaxy, and "First Romance", which originally appeared in The Express in 1870.
The book bears no relationship to Twain's actual life. The two short stories present fictional characters who are supposedly part of Twain's lineage. In the final passage, Twain develops the story to a point of crisis, and then abruptly ends the tale, saying:
With that, Twain's "Autobiography" ends.
The illustrations form an interesting aspect of this book. They have no relationship to the text of the book. Rather, they use cartoons illustrating the children's poem The House that Jack Built to lampoon the Erie Railroad Ring (the house) and its participants, Jay Gould, John T. Hoffman, and Jim Fisk.
The book was not one of Twain's personal favorites. Two years after publication, he bought all of the printing plates of the book and destroyed them.
From Wikipedia (CC BY-SA).