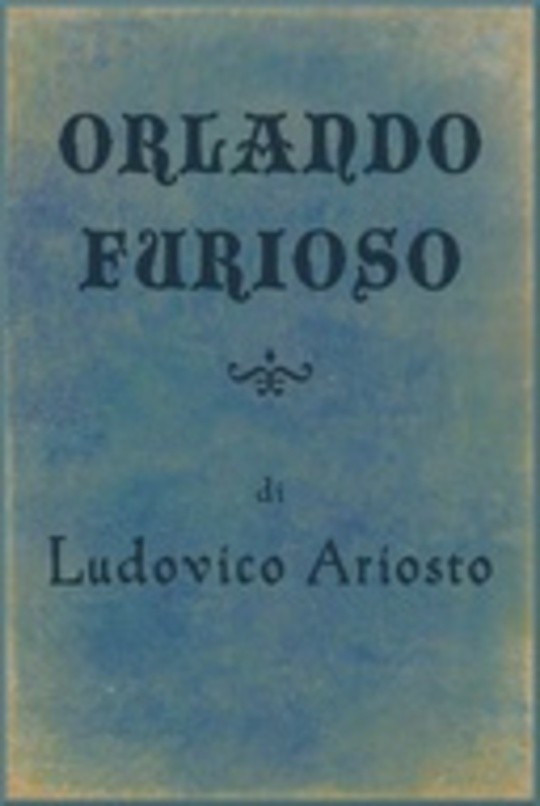 Orlando Furioso (Italian: [orˈlando fuˈrjoːzo; -oːso]; The Frenzy of Orlando, more literally Raging Roland; in Italian furioso is seldom capitalized) is an Italian epic poem by Ludovico Ariosto which has exerted a wide influence on later culture. The earliest version appeared in 1516, although the poem was not published in its complete form until 1532. Orlando Furioso is a continuation of Matteo Maria Boiardo's unfinished romance Orlando Innamorato ("Orlando in Love", published posthumously in 1495). In its historical setting and characters, it shares some features with the Old French Chanson de Roland of the eleventh century, which tells of the death of Roland.
Orlando is the Christian knight known in French (and subsequently English) as Roland. The action takes place against the background of the war between Charlemagne's Christian paladins and the Saracen army that has invaded Europe and is attempting to overthrow the Christian empire. The poem is about war and love and the romantic ideal of chivalry. It mixes realism and fantasy, humor and tragedy. The stage is the entire world, plus a trip to the moon. The large cast of characters features Christians and Saracens, soldiers and sorcerers, and fantastic creatures including a gigantic sea monster called the orc and a flying horse called the hippogriff. Many themes are interwoven in its complicated episodic structure, but the most important are the paladin Orlando's unrequited love for the pagan princess Angelica, which drives him mad; the love between the female Christian warrior Bradamante and the Saracen Ruggiero, who are supposed to be the ancestors of Ariosto's patrons, the d'Este family of Ferrara; and the war between Christian and Infidel.
The poem is divided into forty-six cantos, each containing a variable number of eight-line stanzas in ottava rima (a rhyme scheme of abababcc). Ottava rima had been used in previous Italian romantic epics, including Luigi Pulci's Morgante and Boiardo's Orlando Innamorato. Ariosto's work is 38,736 lines long in total, making it one of the longest poems in European literature.
From Wikipedia (CC BY-SA). 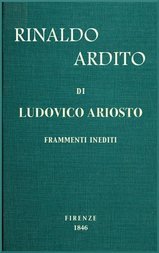