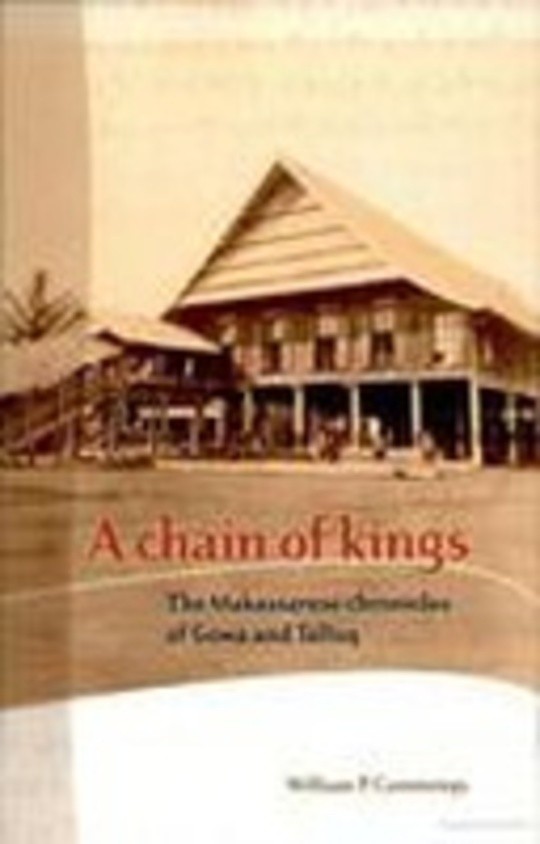 A Chain of Kings

The chronicles of Gowa and Talloq are the most important historical sources for the study of pre-colonial Makassar. They have provided the basic framework and much of the information that we possess about the origins, growth, and expansion of Gowa during the sixteenth and seventeenth centuries. During this period Gowa and its close ally Talloq became the most powerful force in the eastern Indonesian archipelago, and historians have relied heavily on the chronicles to chart the developments of this period. Available for the first time in English translation, the two texts will offer historians and other scholars an invaluable foundation on which to base interpretations of this crucial place and time in Indonesian history.This volume is required reading for scholars of pre-modern Southeast Asia, including historians, linguists, anthropologists, and others.William Cummings is an associate professor of history at the University of South Florida. He is the author of Making blood white; Historical transformation in early modern Makassar (2002) and numerous articles about Makassarese history and culture.