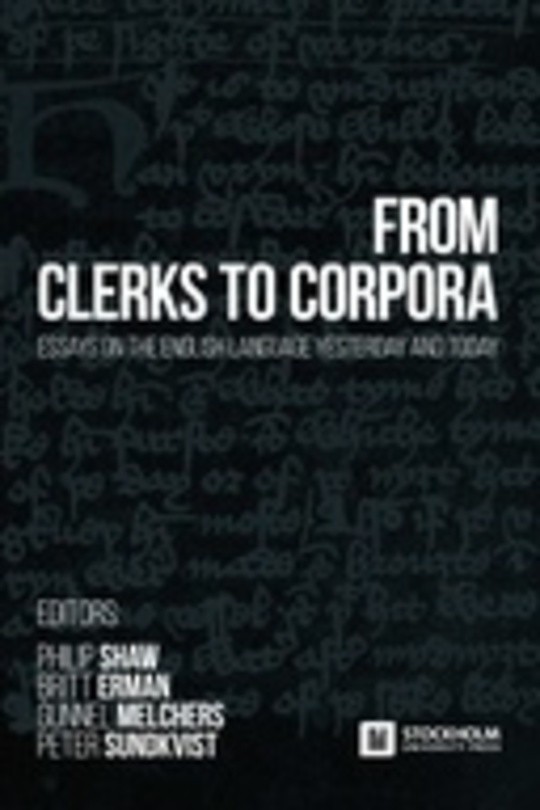 From Clerks to Corpora: essays on the English language yesterday and today

Why is the Isle of Dogs in the Thames called Isle of Dogs? Did King Canute’s men bring English usage back to Jutland? How can we find out where English speakers suck their breath in to give a short response? And what did the Brontës do about dialect and think about foreign languages?

The answers are in this collection of empirical work on English past and present in honour of Nils-Lennart Johannesson, Professor of English Language at Stockholm University. The first five chapters report individual studies forming an overview of current issues in the study of Old and Middle English phonology, lexis and syntax. The next six look at Early Modern and Modern English from a historical point of view, using data from corpora, manuscript archives, and fiction. Two more look at the Old English scholar JRR Tolkien and his work. The remaining chapters discuss aspects of Modern English. Several use corpora to look at English usage in itself or in relation to Swedish, French, or Norwegian. The last three look at grammatical models, the pragmatics of second language use, and modern English semantics.