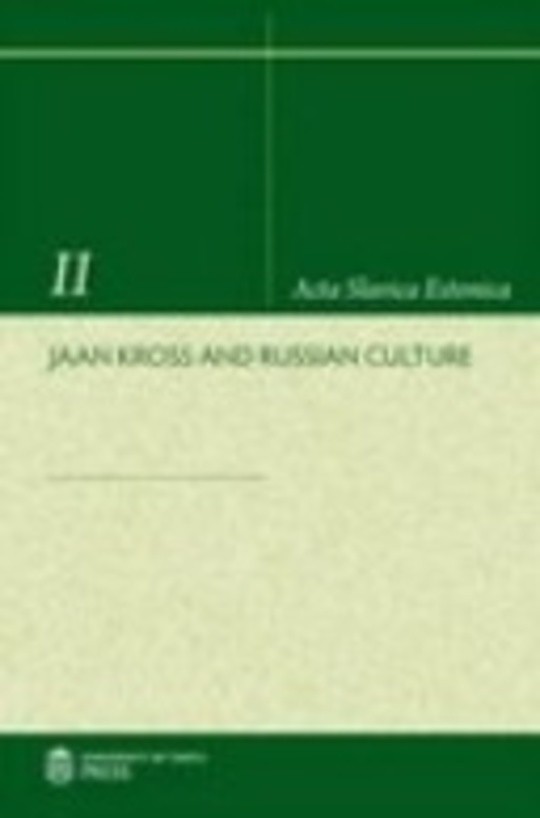 Acta Slavica Estonica is an international series of publications on current issues of Russian and other Slavic languages, literatures and cultures. This volume This volume is devoted to the interrelations of the prominent Estonian writer Jaan Kross (1920–2007) with Russian literature and culture. It includes contributions on the poetics of some of Kross' works ("The Czar's Madman", "Professor Martens' Departure", "Michelson's Matriculation", "The Third Range of Hills", "A Hard Night for Dr. Karell") and his translations from Russian (e.g. D. Samoilov's poetry and A. Griboedov's "The Misfortune of Being Clever"). Contributors include Lea Pild, Ljubov Kisseljova, Timur Guzairov, Tatiana Stepanischeva, Dmitry Ivanov, and Maria Tamm. An appendix includes the original Russian text of the autobiography of Johann Köler, the patriarch of Estonian national art and protagonist of one of Kross' novels. So far, this text has appeared only in fragments; the full version was found in the Archive of the Institute of Russian literature in St. Petersburg and is here published, with an extensive commentary, for the first time.