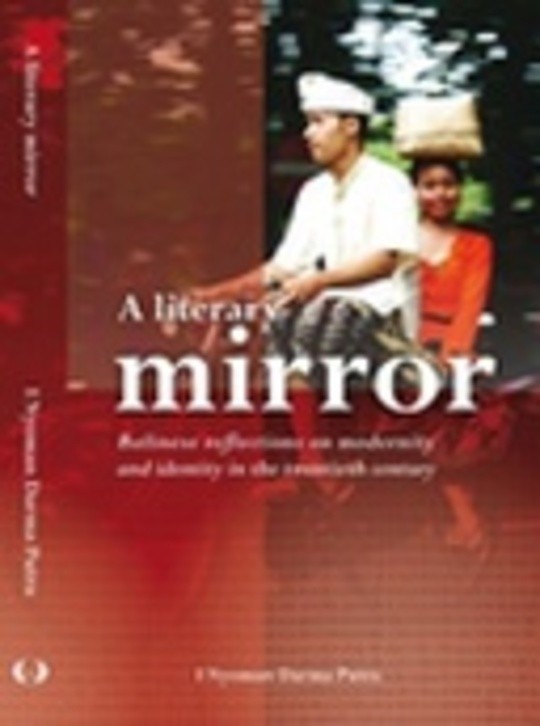 A literary mirror; Balinese reflections on modernity and identity in the twentieth centuryI Nyoman Darma Putra A literary mirror is the first English-language work to comprehensively analyse Indonesian-language literature from Bali from a literary and cultural viewpoint. It covers the period from 1920 to 2000. This is an extremely rich field for research into the ways Balinese view their culture and how they respond to external cultural forces. This work complements the large number of existing studies of Bali and its history, anthropology, traditional literature, and the performing arts.A literary mirror is an invaluable resource for those researching twentieth-century Balinese authors who wrote in Indonesian. Until now, such writers have received very little attention in the existing literature. An appendix gives short biographical details of many significant writers and lists their work. I Nyoman Darma Putra teaches Indonesian literature in the Faculty of Arts at Udayana University in Bali. He is the author of several books in Indonesian on a variety of literary and cultural topics, including Tonggak Baru Sastra Bali Modern (2000; 2010), Wanita Bali Tempo Doeloe Perspektif Masa Kini (2003; 2007) and Bali dalam Kuasa Politik (2008). From 2007 to 2010 he was a postdoctoral research fellow at the School of Languages and Comparative Cultural Studies, University of Queensland, during which time a number of his articles were published in journals including Indonesia and the Malay World, Asian Studies Review and Rima.