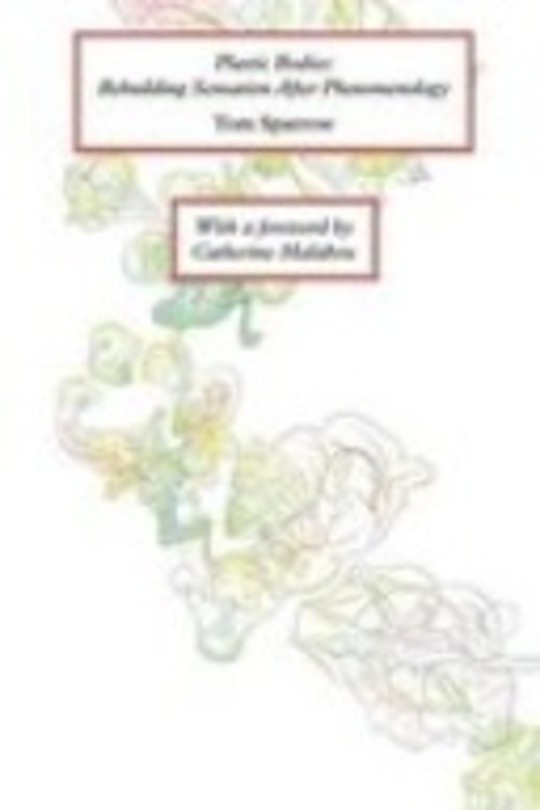 Sensation is a concept with a conflicted philosophical history. It has found as many allies as enemies in nearly every camp from empiricism to poststructuralism. Polyvalent, with an uncertain referent, and often overshadowed by intuition, perception, or cognition, sensation invites as much metaphysical speculation as it does dismissive criticism.The promise of sensation has certainly not been lost on the phenomenologists who have sought to 'rehabilitate' the concept. In Plastic Bodies, Tom Sparrow argues that the phenomenologists have not gone far enough, however. Alongside close readings of Merleau-Ponty and Levinas, he digs into an array of ancient, modern, and contemporary texts in search of the resources needed to rebuild the concept of sensation after phenomenology. He begins to assemble a speculative aesthetics that is at once a realist theory of sensation and a philosophy of embodiment that breaks the form of the 'lived' body. Maintaining that the body is fundamentally plastic and that corporeal identity is constituted by a conspiracy of sensations, he pursues the question of how the body fits into/fails to fit into its aesthetic environment and what must be done to increase the body’s power to act and exist.