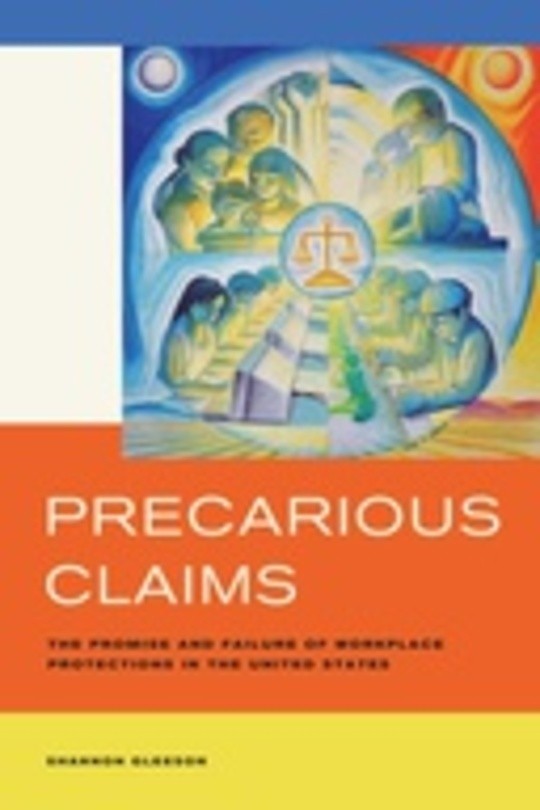 Precarious Claims: The Promise and Failure of Workplace Protections in the United States

Precarious Claims tells the human story behind the bureaucratic process of fighting for justice in the U.S. workplace. The global economy has fueled vast concentrations of wealth that have driven a demand for cheap and flexible labor. Workplace violations such as wage theft, unsafe work environments, and discrimination are widespread in low-wage industries such as restaurants, retail, hospitality, and domestic work, where jobs are often held by immigrants and other vulnerable workers. Despite the challenges they face, these workers do seek justice. Why and how do they come forward,and what happens once they do? Based on extensive fieldwork in Northern California, Shannon Gleeson investigates the array of gatekeepers with whom workers must negotiate in the labor standards enforcement bureaucracy and, ultimately, the limited reach of formal legal protections. Gleeson also tracks how workplace injustices—and the arduous process of contesting them—have long-term effects on their everyday lives. Workers sometimes win, but their chances are precarious at best.

“Precarious Claims allows the reader to experience the difficulties in rights adjudication from the perspective of immigrant workers. Shannon Gleeson takes the reader through an explanation of the administrative system as it is supposed to work and the system as it actually works, and asks the questions that lawyers must learn to ask.” LETICIA SAUCEDO, Professor of Law, University of California, Davis

“Through surveys and in-depth interviews with workers, community-based support organizations, and advocacy groups, Shannon Gleeson shows that the path to justice for many workers is often long, challenging, and inconclusive.” HECTOR R. CORDERO-GUZMAN,School of Public and International Affairs, Baruch College of the City University of New York

“A must-read for those interested in how law and society interact in the struggle for justice among immigrant workers.” CATHERINE ALBISTON, Professor of Law andSociology, University of California Berkeley