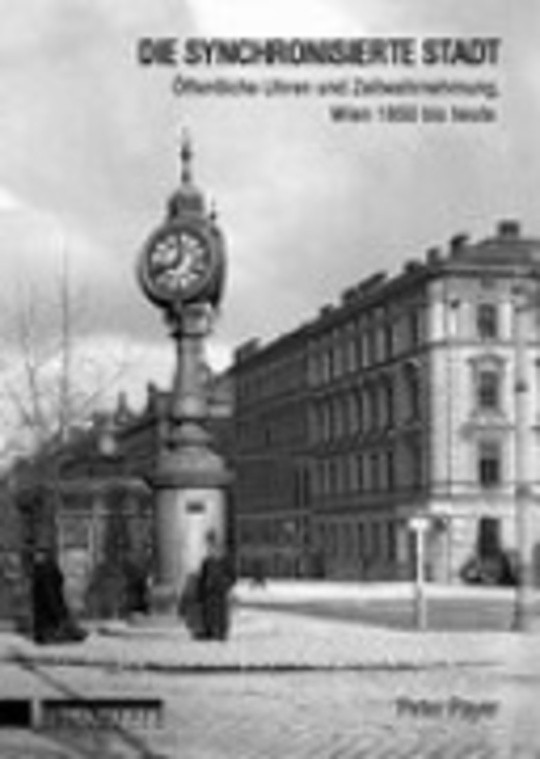 The work at hand explores the successive chronometrisation of public space using the example of Viennas public clocks from the middle of the 19th century until today.The need for knowing the exact time steadily increased since the middle of the 19th century. As two centuries ago the clocks had only hour hands, the minute hands soon became essential. Industrialisation, urbanisation, but primarily the rapid development of the railroading promoted the trend towards the modern time management of the society. Schedules demanded a higher precision of time specification; circulations of goods and persons had to be adjusted to each other; professional and private activities became standardised, tacted and adjusted to the abstract rhythm of the clocks. The knowledge about the social and economic value of time became a central criterion for the level of western civilisation.Especially the members of the middle-class got more and more used to a chronometer. It was a high goodness for them to use their time as efficient as possible. Pocket watches and wrist watches became familiar and also the number of public clocks continously increased. Especially the more and more complex organised cities became pioneers in the sphere of public timepiece.The work at hand explores, for the first time in the German-speaking historical research, the successive chronometrisation of public space using the example of Vienna from the middle of the 19th century until today. On the one hand it deals with the “exterior chronometrisation“, that is the visible aggregation of the infrastructure of time and the construction of different kinds of clocks. Spatial, architectural and design related aspects were argued, contexts of technical history as the search for the ideal drive system and of the political and representative functions of public clocks were discussed. On the other hand it deals with the “interior chronometrisation“ which means social, psychological and cultural aspects of the perception of time and their contextualisation in phenomena of scaling and standardisation on a local basis to a world scale.The actual trend of visualising public time to the split second marks the (temporary) end of the development which shows the speedup of all areas of life in a visible and sensible way.