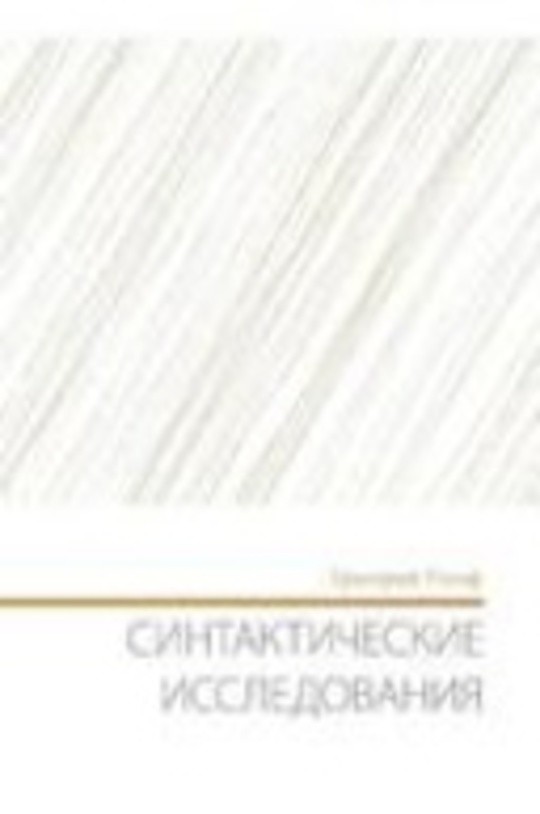 Studies in Syntactics. The purpose of this book is to explore the structure of the text as such using a metalanguage derived from quantitative poetics. Grigori Utgof’s thesis is that texts should be studied statistically. The main problems addressed in his research are the problem of successivity on the formal (syntactic) plane of artistic texts, and the problem of syntactic dissimilarity. Largely prompted by Yuri Tynianov’s famous statement – „The unity of the work is not a closed, symmetrical intactness, but an unfolding, dynamic integrity. Between its elements is not the static sign of equality and addition, but the dynamic sign of correlation and integration. The form of the literary work must be recognized as a dynamic phenomenon“ (The Problem of Verse Language; translated by Michael Sosa and Brent Harvey) – Grigori Utgof demonstrates the inherent nonidentity of the intratextual order, and proceeds to the problem of measuring some translated texts’ dissimilarities. In particular, his book is an inquiry into the structure of the following eight texts: Приглашение на казнь / Invitation to a Beheading by Vladimir Nabokov, and the novel’s Estonian translation Kutse tapalavale [Invitation to the Block] by Rein Saluri; “За гремучую доблесть грядущих веков...” by Osip Mandel’shtam, and two translations of this poem into English: “In the Name of the Higher Tribes of the Future” by Robert Lowell and “For the Sake of the Resonant Valor of Ages to Come…” by Vladimir Nabokov; “Облако в штанах” (“Cloud in Trousers”) by Vladimir Mayakovsky; “Ballada [Ballade]” by Czesław Miłosz in Natalya Gorbanevskaya’s translation (“Баллада”).