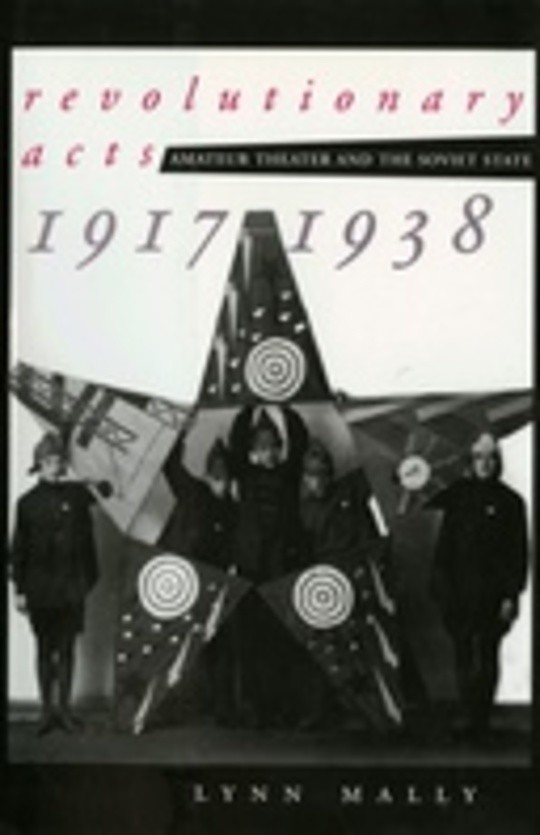 During the Russian Revolution and Civil War, amateur theater groups sprang up in cities across the country. Workers, peasants, students, soldiers, and sailors provided entertainment ranging from improvisations to gymnastics and from propaganda sketches to the plays of Chekhov. In Revolutionary Acts, Lynn Mally reconstructs the history of the amateur stage in Soviet Russia from 1917 to the height of the Stalinist purges. Her book illustrates in fascinating detail how Soviet culture was transformed during the new regime's first two decades in power.

Of all the arts, theater had a special appeal for mass audiences in Russia, and with the coming of the revolution it took on an important role in the dissemination of the new socialist culture. Mally's analysis of amateur theater as a space where performers, their audiences, and the political authorities came into contact enables her to explore whether this culture emerged spontaneously ""from below"" or was imposed by the revolutionary elite. She shows that by the late 1920s, Soviet leaders had come to distrust the initiatives of the lower classes, and the amateur theaters fell increasingly under the guidance of artistic professionals. Within a few years, state agencies intervened to homogenize repertoire and performance style, and with the institutionalization of Socialist Realist principles, only those works in a unified Soviet canon were presented.