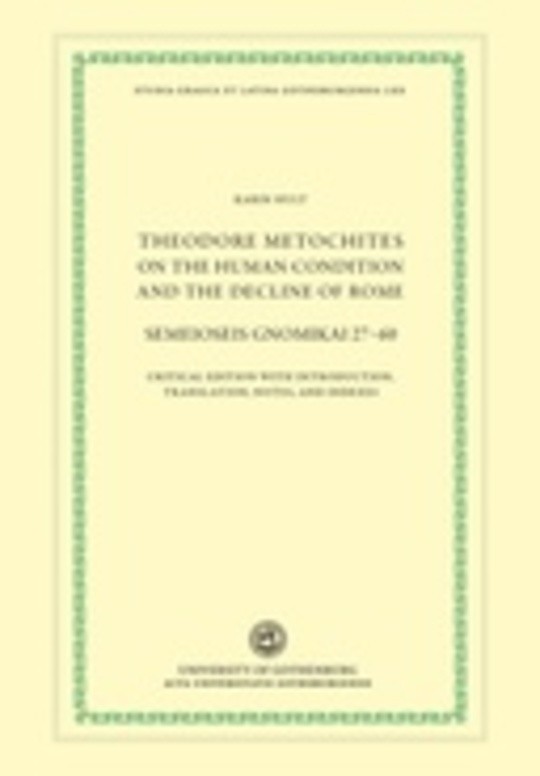 Theodore Metochites on the Human Condition and the Decline of Rome

A critical edition, with English translation and notes, of chapters 27–60 of the Semeioseis gnomikai (“Sententious notes”), a collection of 120 essays by the Byzantine statesman and scholar Theodore Metochites (1270–1332).

The edition is based on three manuscripts, which are briefly presented in the introduction. P (Par. gr. 2003, Paris) and M (Marc. gr. 532, Venice) were both written in the early fourteenth century; E (Scor. gr. 248, Escorial) is a sixteenth-century copy of M.

After the edition, with accompanying English translation and notes, the book is concluded with a bibliography and three indexes: of quoted passages, Greek words, and Greek names.

Several of the essays in this volume contain laments on the reduced state of the Eastern Roman Empire (Byzantium), and on the vicissitudes of human life and fortune. A group of short essays describe the pleasure of beholding Creation and one of the longest discusses the pros and cons of having been born, i.e. of life.