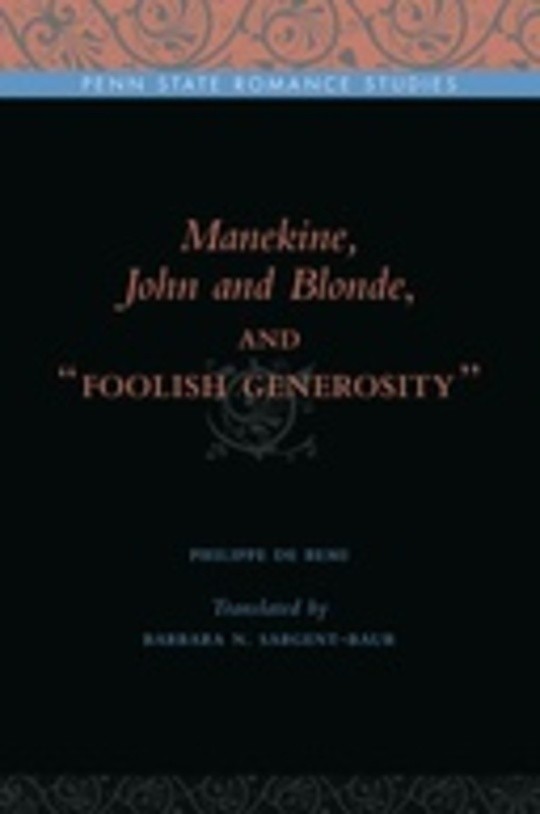 Philippe de Remi (1200/1210–65) holds a remarkable position in the legacy of the thirteenth-century literary world. A layman, landholder, and professional administrator, rather than a court poet or member of the clergy, Philippe de Remi wrote poems, songs, and long verse narratives that were grounded in his familiarity with the literary genres of his day. While Philippe paid homage to Chrétien de Troyes and other important secular writers of the period, his station in society and an intended audience of family and friends, not patrons, allowed him the freedom to treat courtly conventions with some independence and to explore human motivations across the social spectrum. Barbara Sargent-Baur brings to the modern English-speaking reader a translation of three of Philippe’s most important compositions: his two verse romances, Manekine and John and Blonde, as well as his single short verse tale, “Foolish Generosity.” This volume gathers the first English stand-alone prose translations of these romances, which have been previously published only as line-by-line versions facing the Old French originals. Sargent-Baur’s English translation of “Foolish Generosity” is the first rendering from Old French in any language. These important translations allow increased access to Philippe de Remi’s attractive narrative works, expanding their audience beyond an Old French readership to the wider academic community.