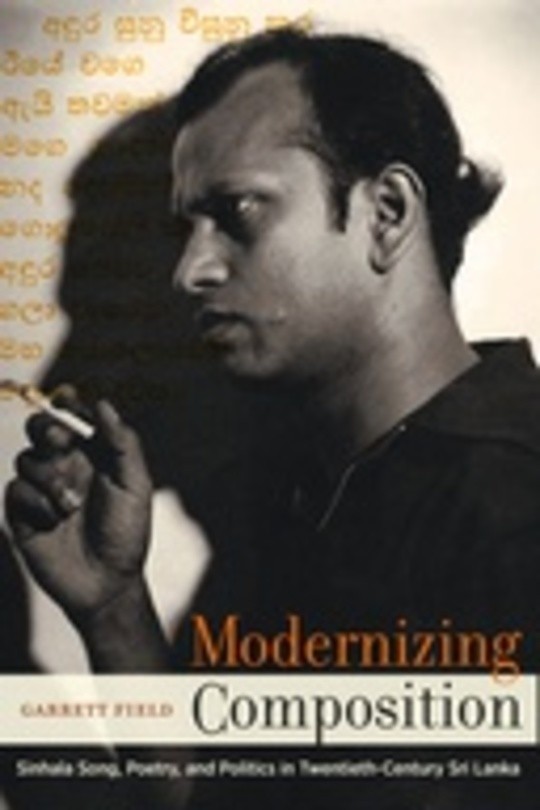 The study of South Asian music falls under the purview of ethnomusicology, whereas that of South Asian literature falls under South Asian studies. As a consequence of this academic separation, scholars rarely take notice of connections between South Asian song and poetry. Modernizing Composition overcomes this disciplinary fragmentation by examining the history of Sinhala-language song and poetry in twentieth-century Sri Lanka. Garrett Field describes how songwriters and poets modernized song and poetry in response to colonial and postcolonial formations. The story of this modernization is significant in that it shifts focus from India’s relationship to the West to little-studied connections between Sri Lanka and North India.

“Takes an innovative approach toward studying modern Sinhala songs as literary works in their own right. Garrett Field’s delightful translations and insightful analysis serve to make these little-studied works into a fascinating lens for viewing significant political and cultural changes in modern South Asia.” STEPHEN C. BERKWITZ, author of Buddhist Poetry and Colonialism: Alagiyavanna and the Portuguese in Sri Lanka

“Garrett Field’s attention to poetics makes this book critical for understanding the larger literary culture of the region. His account of Sri Lankan modern song composers operating in relation to the dominant forces of Indian classical and film musics makes it a must-read for ethnomusicologists.” RICHARD K. WOLF, author of The Voice in the Drum: Music, Language and Emotion in Islamicate South Asia

“Masterfully demonstrates how the intertwined histories of Sinhala musical and poetic efforts developed in relation to the political dynamics of Sri Lanka in the early and mid-twentieth century.” AMANDA WEIDMAN, author of Singing the Classical, Voicing the Modern: The Postcolonial Politics of Music in South India

GARRETT FIELD is Assistant Professor of Ethnomusicology in the School of Interdisciplinary Arts and the School of Music at Ohio University.