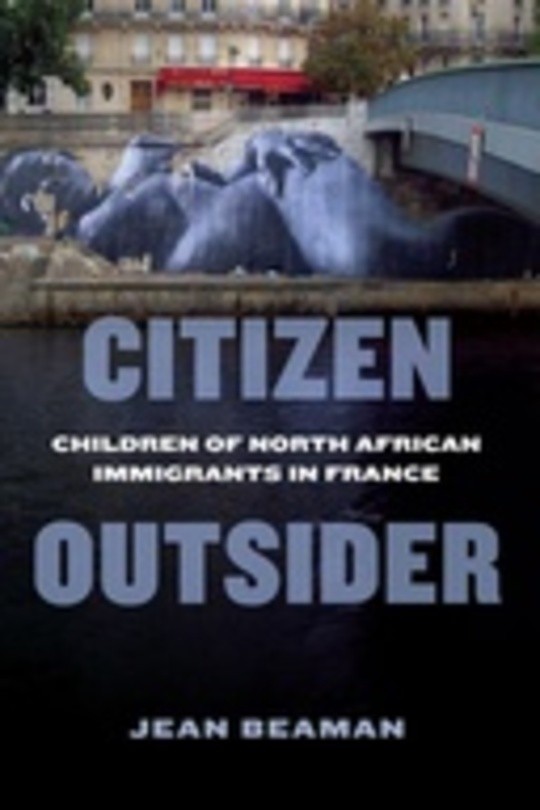 While portrayals of immigrants and their descendants in France and throughout Europe often center on burning cars and radical Islam, Citizen Outsider: Children of North African Immigrants in France paints a different picture. Through fieldwork and interviews in Paris and its banlieues, Jean Beaman examines middle-class and upwardly mobile children of maghrébin, or North African immigrants. By showing how these individuals are denied cultural citizenship because of their North African origin, she puts to rest the notion of a French exceptionalism regarding cultural difference, race, and ethnicity and further centers race and ethnicity as crucial for understanding marginalization in French society.

“A compelling account of the social structures and expressions of racism in France today—and their individual and community resistances.” DAVID THEO GOLDBERG, University of California Humanities Research Institute, author of Are We All Postracial Yet?

“Whites in France lie to themselves and the world by proclaiming that they do not have institutional racism in their nation. Bravo to Jean Beaman for clearly documenting how ‘racism without racists’ operates in the French context!” EDUARDO BONILLA-SILVA, President of the American Sociological Association and author of Racism without Racists

“Essential reading for anyone who wants to understand the role of immigration in the widening social cleavages on both sides of the Atlantic.” RICHARD ALBA, coauthor of Strangers No More

JEAN BEAMAN is Assistant Professor of Sociology at Purdue University.