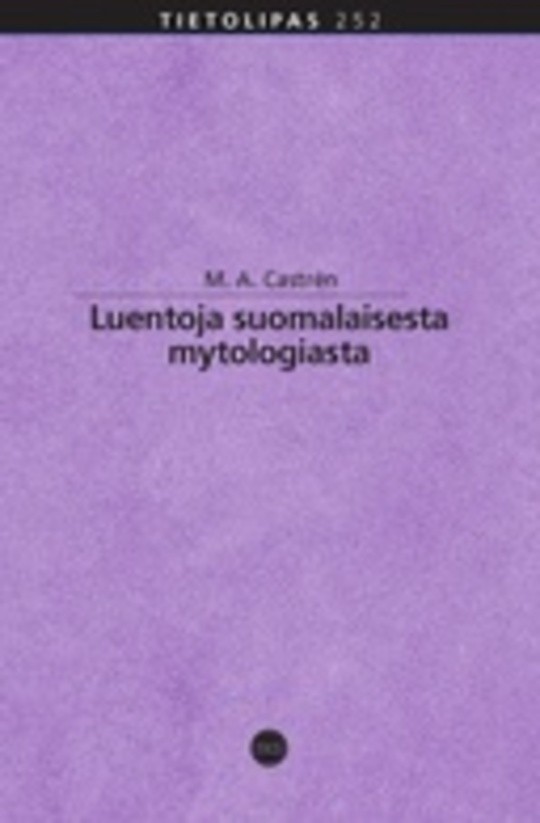 Matthias Alexander Castrén’s (1813–1852) Luentoja suomalaisesta mytologiasta (’Lectures on Finnish Mythology’, originally Swedish ’Föreläsningar i finsk mytologi’) is a key work in the research history of Finnish mythology. This is the first Finnish translation of it. Despite ’Lectures’ in the label, the work is a coherent book. It makes a systematic approach to ancient Finnish religion on the basis of earlier mythographers, Castrén’s fieldwork among Finnic peoples and the latest European research trends of the first half of the 19th century. Even though Castrén’s Lectures significantly developed Finnish mythography and it served as a standard work for half a century, its significance was largely forgotten when new research paradigms were introduced in the course of the 20th century.

The work is an important part of the history of Finnish research in religions, linguistics and ethnography and it also reflects the state of the study of mythology in Europe in the middle of the 19th century. The book is lively written and therefore, it meets the taste of the general public in addition to researchers. This edition includes a concise introduction to Lectures’ historical context, a scientific commentary and exhaustive indexes.

M. A. Castrén is renown especially as a linguist and explorer who worked among Siberian peoples but his work was marked also by interest in Finnishness at a time when the idea of a Finnish nation was developing. Lectures was Castrén’s last work. He finished the book in his deathbed, and it was published posthumously in 1853.

The translator and editor of the Lectures, Joonas Ahola, PhD, is an expert in Old Norse language and mythology as well as kalevala-meter poetry. The other author of the introduction, Karina Lukin, PhD, is an expert of North Siberian cultures and 19th century expeditions among them.