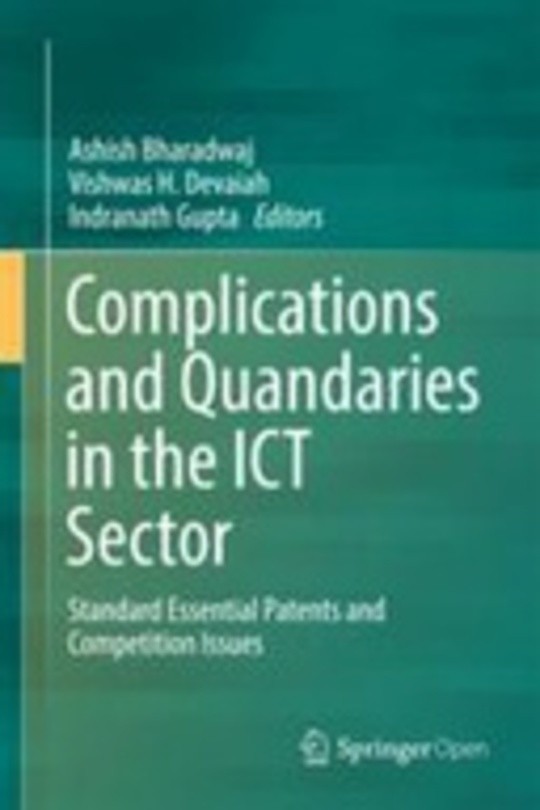 Complications and Quandaries in the ICT Sector: Standard Essential Patents and Competition Issues

With technology standards becoming increasingly common, particularly in the information and communications technology (ICT) sector, the complexities and contradictions at the interface of intellectual property law and competition law have emerged strongly. This book talks about how the regulatory agencies and courts in the United States, European Union and India are dealing with the rising allegations of anti-competitive behaviour by standard essential patent (SEP) holders. It also discusses the role of standards setting organizations / standards developing organizations (SSO/SDO) and the various players involved in implementing the standards that influence practices and internal dynamics in the ICT sector. This book includes discussions on fair, reasonable and non-discriminatory (FRAND) licensing terms and the complexities that arise when both licensors and licensees of SEPs differ on what they mean by “fair”, “reasonable” and “non-discriminatory” terms. It also addresses topics such as the appropriate royalty base, calculation of FRAND rates and concerns related to FRAND commitments and the role of Federal Trade Commission (FTC) in collaborative standard setting process. This book provides a wide range of valuable information and is a useful tool for graduate students, academics and researchers.