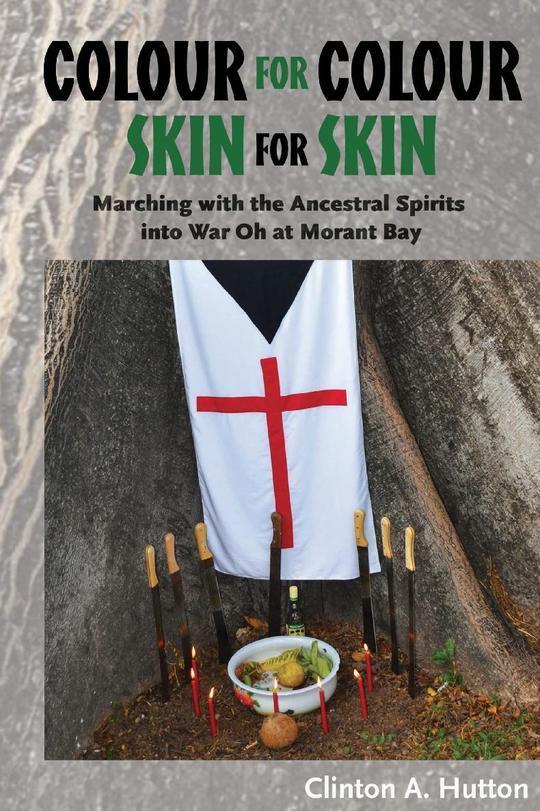 Colour For Colour, Skin For Skin : Marching With the Ancestral Spirits into War Oh at Morant Bay.

By Clinton A.Hutton
US$ 9.99
Buy eBook NowGift eBook
The publisher has enabled DRM protection, which means that you need to use the BookFusion iOS, Android or Web app to read this eBook. This eBook cannot be used outside of the BookFusion platform.
DescriptionTable of ContentsReviews
Book Description

[We] slaughtered all before us;
We left neither man or woman or child.
- British soldier

In the whole of St. Thomas-in-the-East, old man and maiden,
young men and children, them all taken up and shot by the soldiers.
In all the life of Napolien, none like this.
Innocent lives is taken
- Royal Commission 1866

The brutal suppression of the uprising in Morant Bay in October 1865 under Governor Edward Eyre and the ensuing ‘reign of terror’ is a watershed in Jamaican history. Paul Bogle and his allies, overwhelmed by colonial firepower and betrayed by Maroons in service to the British Crown, were mercilessly cut down by the elites (local and foreign) who justified their actions based on the continued belief in the subjugation and suppression of the black race by the white race, emancipation notwithstanding.

In Colour for Colour Skin for Skin, Clinton Hutton deconstructs the ideological, cultural, philosophical, economic, social and political rationale for the uprising by formerly enslaved Africans and their descendants and its violent suppression by the colonial forces, and articulates its significance in the development of a national black consciousness. This consciousness, and fight for freedom and justice, he argues, has strengthened over periods of Jamaica’s short history, evidenced by the emergence of Garveyism and Rastafari, the 1938 labour riots, and articulated in Jamaican popular music and more recently, the resurgence of Revival worship.

Using fascinating first-hand accounts of the uprising and its aftermath from the Report of the Royal Commission of 1866 and numerous newspaper reports among other sources, Hutton presents the Morant Bay Rebellion squarely at the forefront of the continuing expression of a national complex in a post colonial society.