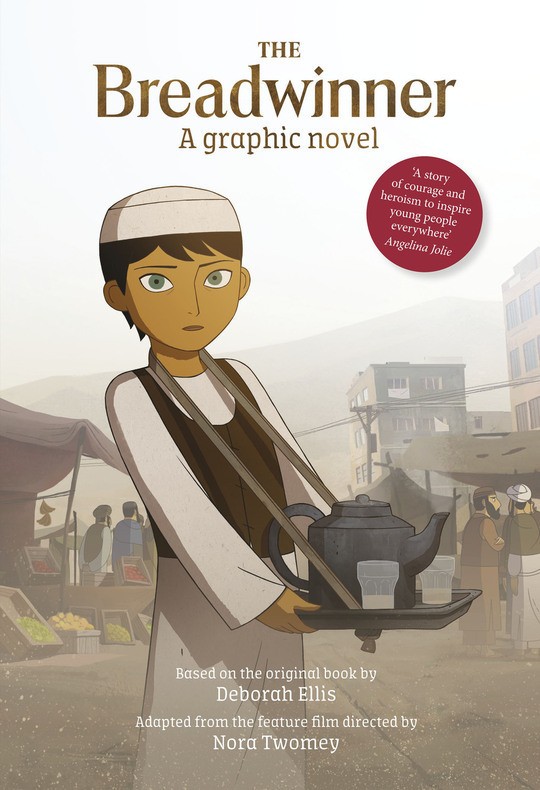 By Deborah Ellis
US$ 11.99
Buy eBook NowGift eBook
The publisher has enabled DRM protection, which means that you need to use the BookFusion iOS, Android or Web app to read this eBook. This eBook cannot be used outside of the BookFusion platform.
DescriptionReviews
Book Description

This beautiful graphic-novel adaptation of The Breadwinner animated film tells the story of eleven-year-old Parvana who must disguise herself as a boy to support her family during the Taliban's rule in Afghanistan.

Parvana lives with her family in one room of a bombed-out apartment building in Kabul, Afghanistan's

capital city. Parvana's father — a history teacher until his school was bombed and his health destroyed — works from a blanket on the ground in the marketplace, reading letters for people who cannot read or write. One day, he is arrested for having forbidden books, and the family is left without someone who can earn money or even shop for food.

As conditions for the family grow desperate, only one solution emerges. Forbidden to earn money as a girl, Parvana must transform herself into a boy, and become the breadwinner. 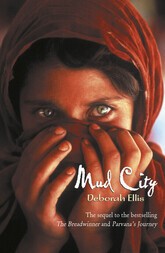 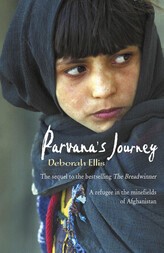 $8.99
My Name Is Parvana
By Deborah Ellis

$8.99
The Breadwinner
By Deborah Ellis