Daughter of Fire and Ice

By Marie-Louise Jensen
US$ 10.13
Buy eBook NowGift eBook
The publisher has enabled DRM protection, which means that you need to use the BookFusion iOS, Android or Web app to read this eBook. This eBook cannot be used outside of the BookFusion platform.
DescriptionTable of ContentsReviews
Book Description

Following an attack on her family, fifteen-year-old Thora is enslaved by a british Viking chieftain, Bjorn Svanson. A healer and a midwife, Thora is valuable. She also has visions of the future . . . and in one she foresees Svanson's death. When her prediction becomes reality, Thora recognizes that another of Svanson's slaves is a man she has seen before-a man from recurrent visions who is destined to be part of her future. Assuming Svanson's identity, the slave and
Thora use the dead man's ships to escape. Their destination is Iceland, the then uncharted 'land of fire and ice'. To succeed they must first win over Svanson's crew, and their journey is fraught with hardship and danger. But their troubles are only just beginning. Soon, newcomers are among them and
someone is stealing from Thora's medicines to cause terrible harm. Under suspicion herself, can Thora unmask the real culprit and clear her name? And can Thora and the man now known as Bjorn ever really hope that their pasts won't catch up with.

$10.13
The Girl in the Mask
By Marie-Louise Jensen 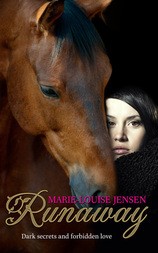 $10.13
The Lady in the Tower
By Marie-Louise Jensen

$10.13
Between Two Seas
By Marie-Louise Jensen 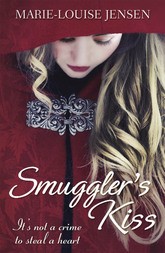