A pampered prince who has to give up everything he has ever known. A warrior-like girl who has promised to carry out her duty at any cost. An obedient young servant with a mission to complete and an icy chill in his heart. As ancient demons rise around them and conspire to destroy their world, only these three people can defeat the evil which threatens to engulf them. But to do so they must first find a way to survive in the bitter, snowy lands where they are
banished, and discover how to work together despite their differences. Only then will they be able to raise the secret armies of the hidden kingdom and fight for a new future together. 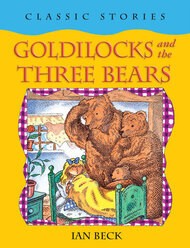 $7.88
Goldilocks and the Three Bears
By Ian Beck