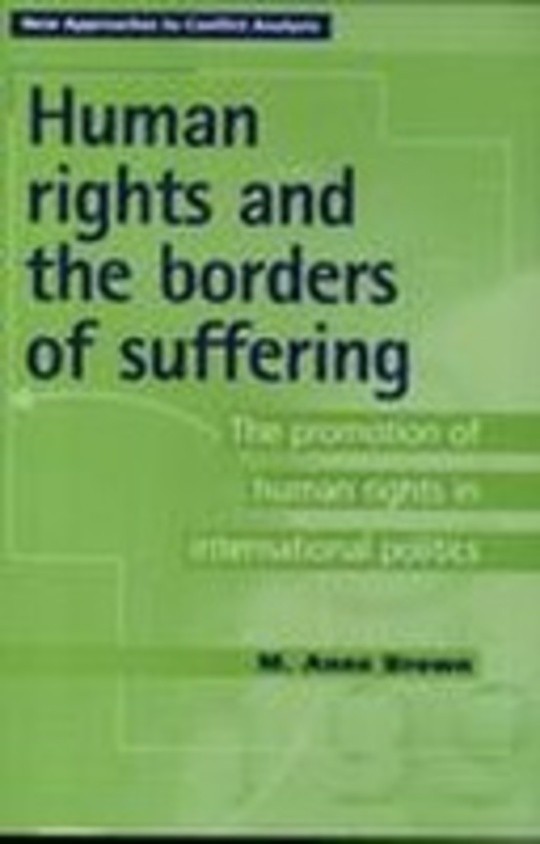 Human Rights and the Borders of Suffering

This book, newly available in paperback, argues for greater openness in the ways we approach human rights and international rights promotion, and in so doing brings some new understanding to old debates. Starting with the realities of abuse rather than the liberal architecture of rights, it casts human rights as a language for probing the political dimensions of suffering. Seen in this context, the predominant Western models of rights generate a substantial but also problematic and not always emancipatory array of practices. These models are far from answering the questions about the nature of political community that are raised by the systemic infliction of suffering. Rather than a simple message from 'us' to 'them', then, rights promotion is a long and difficult conversation about the relationship between political organisations and suffering. Three case studies are explored - the Tiananmen Square massacre, East Timor's violent modern history and the circumstances of indigenous Australians. The purpose of these discussions is not to elaborate on a new theory of rights, but to work towards rights practices that are more responsive to the spectrum of injury that we inflict and endure. The book is a valuable and innovative contribution to rights debates for students of international politics, political theory, and conflict resolution, as well as for those engaged in the pursuit of human rights.