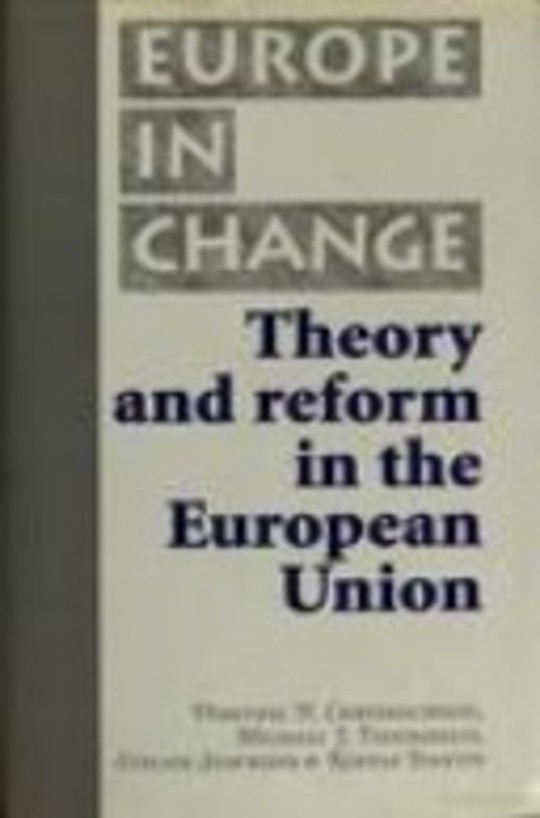 Theory and Reform in the European Union

This substantially updated and revised edition offers a comprehensive overview of the challenges confronting the political system as well as the international politics of the European Union. It draws from a rich spectrum of regional integration theories to determine what the Union actually is and how it is developing. The book examines constitutional politics of the European Union, from the Single European Act to the Treaty of Nice and beyond. The ongoing debate on the future of Europe links together questions of democracy and legitimacy, competences and rights, and the prospects for European polity-building. The aim is to contribute to a better understanding of the emerging European polity and the questions that further treaty reform generate for the future of the regional system. The authors also assess the evolving European security architecture, the limits and possibilities of a genuine European foreign, security and defence policy, and the role of the European Union in the post-Cold War international system. Common themes involve debates about stability and instability, continuity and change, multipolarity and leadership, co-operation and discord, power capabilities and patterns of behaviour. The book traces the defining features of the 'new order' in Europe and incorporates an analysis of the post-September 11 context. This major new edition will be of particular interest to academics, policy-makers and students with an interest in the politics and governance of contemporary Europe, as well as to those pursuing a career in international affairs.

$9.99
Beyond Westminster in the Caribbean
By Brian Meeks, Kate Quinn
Also Available On