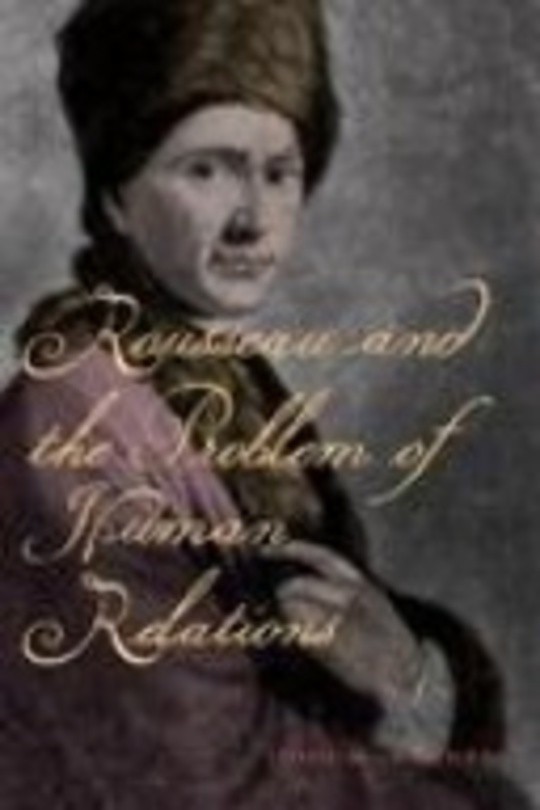 Rousseau and the Problem of Human Relations

Among Jean-Jacques Rousseau’s chief preoccupations was the problem of self-interest implicit in all social relationships. A person with divided loyalties (i.e., to both himself and his cohorts) was, in Rousseau’s thinking, a divided person. According to John Warner’s Rousseau and the Problem of Human Relations, not only did Rousseau never solve this problem, he believed it was fundamentally unsolvable: social relationships could never restore wholeness to a self-interested human being. Warner traces his argument through the contours of Rousseau’s thought on three distinct types of relationships—sexual love, friendship, and civil or political association. Warner concludes that none of these, whether examined individually or together, provides a satisfactory resolution to the problem of human dividedness located at the center of Rousseau’s thinking. In fact, concludes Warner, Rousseau’s failure to obtain anything hopeful from human associations is deliberate, self-conscious, and revelatory of a tragic conception of human relations. Thus Rousseau raises our hopes only to dash them.This title was made Open Access by libraries from around the world through Knowledge Unlatched.