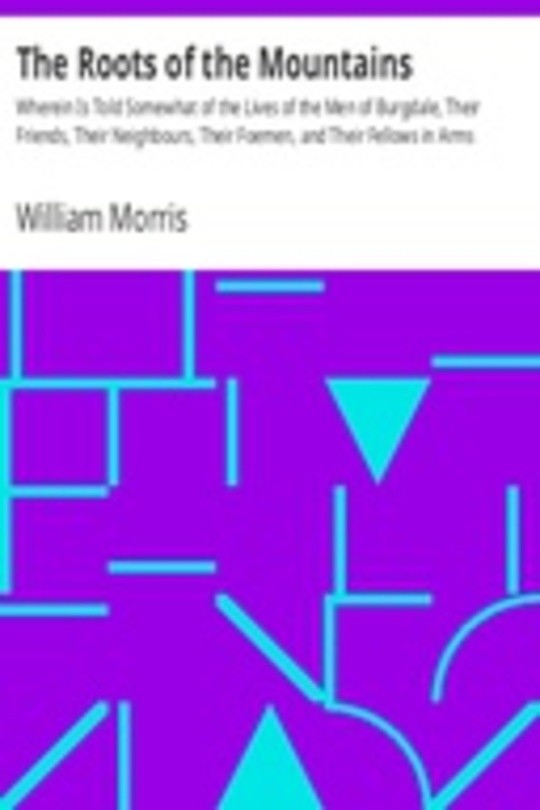 The Roots of the Mountains Wherein Is Told Somewhat of the Lives of the Men of Burgdale, Their Friends, Their Neighbours, Their Foemen, and Their Fellows in Arms

The Roots of the Mountains: Wherein is Told Somewhat of the Lives of the Men of Burgdale, Their Friends, Their Neighbors, Their Foemen, and Their Fellows in Arms is a fantasy romance by William Morris, perhaps the first modern fantasy writer to unite an imaginary world with an element of the supernatural, and thus the precursor of much of present-day fantasy literature. It was first published in hardcover by Reeves and Turner in 1889. Its importance in the history of fantasy literature was recognized by its republication by the Newcastle Publishing Company as the nineteenth volume of the Newcastle Forgotten Fantasy Library in April, 1979.
According to Graham Seaman, "The Roots of the Mountains seems to be the story that inspired the subplot of the Dunedain, wanderers of a fading heroic past defending the frontiers of the Shire against the Orcs, and the loves of Aragorn, Eowyn, Faramir, and Arwen in Tolkien's Lord of the Rings."
This work and its predecessor, The House of the Wolfings, are to some degree historical novels, with little or no magic. Morris went on to develop the new genre established in these works in such later fantasies as The Wood Beyond the World, Child Christopher and Goldilind the Fair, The Well at the World's End, The Water of the Wondrous Isles and The Sundering Flood.
From Wikipedia (CC BY-SA). 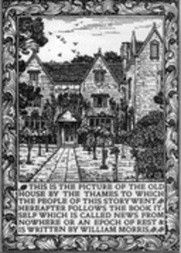 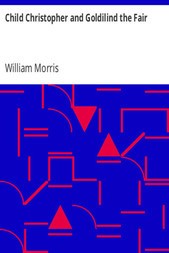 Free
Child Christopher and Goldilind the Fair
By William Morris