This library is full of books that are available in the public domain, as curated and formatted by the StandardEbooks.org team. 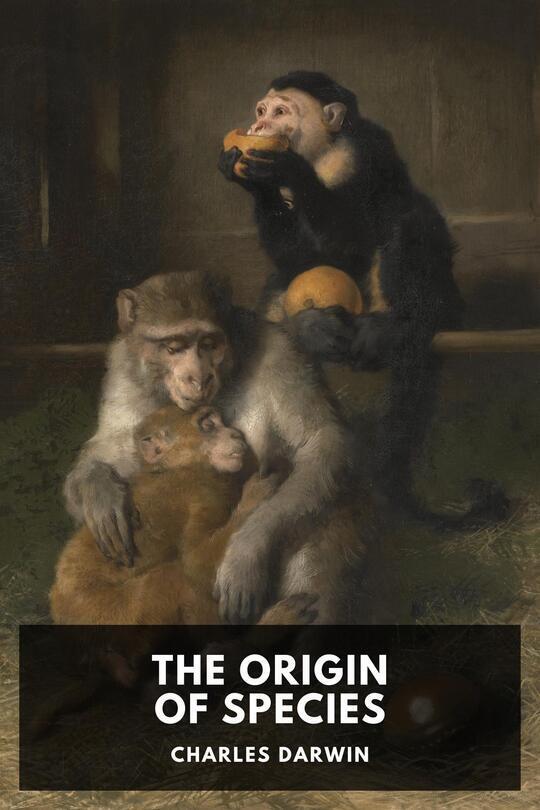 A distinguished amateur scientist lays out the evidence for the origin of species by means of natural selection.

Language
English
ISBN
Unknown
evolution (biology)
natural selection
Titlepage
Imprint
Epigraphs
An Historical Sketch of the Progress of Opinion on the Origin of Species, Previously to the Publication of the First Edition of This Work
Introduction
The Origin of Species by Means of Natural Selection
I: Variation Under Domestication
Causes of Variability
Effects of Habit and of the Use or Disuse of Parts; Correlated Variation; Inheritance
Character of Domestic Varieties; Difficulty of Distinguishing Between Varieties and Species; Origin of Domestic Varieties from One or More Species
Breeds of the Domestic Pigeon, Their Differences and Origin
Principles of Selection Anciently Followed, and Their Effects
Unconscious Selection
Circumstances Favourable to Man’s Power of Selection
II: Variation Under Nature
Individual Differences
Doubtful Species
Wide-Ranging, Much Diffused, and Common Species Vary Most
Species of the Larger Genera in Each Country Vary More Frequently Than the Species of the Smaller Genera
Many of the Species Included Within the Larger Genera Resemble Varieties in Being Very Closely, but Unequally, Related to Each Other, and in Having Restricted Ranges
Summary
III: Struggle for Existence
The Term, Struggle for Existence, Used in a Large Sense
Geometrical Ratio of Increase
Nature of the Checks to Increase
Complex Relations of All Animals and Plants to Each Other in the Struggle for Existence
Struggle for Life Most Severe Between Individuals and Varieties of the Same Species
IV: Natural Selection; or the Survival of the Fittest
Sexual Selection
Illustrations of the Action of Natural Selection, or the Survival of the Fittest
On the Intercrossing of Individuals
Circumstances Favourable for the Production of New Forms Through Natural Selection
Extinction Caused by Natural Selection
Divergence of Character
The Probable Effects of the Action of Natural Selection Through Divergence of Character and Extinction, on the Descendants of a Common Ancestor
On the Degree to Which Organisation Tends to Advance
Convergence of Character
Summary of Chapter
V: Laws of Variation
Effects of the Increased Use and Disuse of Parts, as Controlled by Natural Selection
Acclimatisation
Correlated Variation
Compensation and Economy of Growth
Multiple, Rudimentary, and Lowly-Organised Structures Are Variable
A Part Developed in Any Species in an Extraordinary Degree or Manner, in Comparison with the Same Part in Allied Species, Tends to Be Highly Variable
Specific Characters More Variable Than Generic Characters
Secondary Sexual Characters Variable
Distinct Species Present Analogous Variations, So That a Variety of One Species Often Assumes a Character Proper to an Allied Species, or Reverts to Some of the Characters of an Early Progenitor
Summary
VI: Difficulties of the Theory
On the Absence or Rarity of Transitional Varieties
On the Origin and Transition of Organic Beings with Peculiar Habits and Structure
Organs of Extreme Perfection and Complication
Modes of Transition
Special Difficulties of the Theory of Natural Selection
Organs of Little Apparent Importance, as Affected by Natural Selection
Utilitarian Doctrine, How Far True: Beauty, How Acquired
Summary: The Law of Unity of Type and of the Conditions of Existence Embraced by the Theory of Natural Selection
VII: Miscellaneous Objections to the Theory of Natural Selection
VIII: Instinct
Inherited Changes of Habit or Instinct in Domesticated Animals
Special Instincts
Instincts of the Cuckoo
Slave-Making Instinct
Cell-Making Instinct of the Hive-Bee
Objections to the Theory of Natural Selection as Applied to Instincts: Neuter and Sterile Insects
Summary
IX: Hybridism
Degrees of Sterility
Laws Governing the Sterility of First Crosses and of Hybrids
Origin and Causes of the Sterility of First Crosses and of Hybrids
Reciprocal Dimorphism and Trimorphism
Fertility of Varieties When Crossed, and of Their Mongrel Offspring, Not Universal
Hybrids and Mongrels Compared, Independently of Their Fertility
Summary of Chapter
X: On the Imperfection of the Geological Record
On the Lapse of Time, as Inferred from the Rate of Deposition and Extent of Denudation
On the Poorness of Palaeontological Collections
On the Absence of Numerous Intermediate Varieties in Any Single Formation
On the Sudden Appearance of Whole Groups of Allied Species
On the Sudden Appearance of Groups of Allied Species in the Lowest Known Fossiliferous Strata
XI: On the Geological Succession of Organic Beings
On Extinction
On the Forms of Life Changing Almost Simultaneously Throughout the World
On the Affinities of Extinct Species to Each Other, and to Living Forms
On the State of Development of Ancient Compared with Living Forms
On the Succession of the Same Types Within the Same Areas, During the Later Tertiary Periods
Summary of the Preceding and Present Chapters
XII: Geographical Distribution
Single Centres of Supposed Creation
Means of Dispersal
Dispersal During the Glacial Period
Alternate Glacial Periods in the North and South
XIII: Geographical Distribution—Continued
Freshwater Productions
On the Inhabitants of Oceanic Islands
Absence of Batrachians and Terrestrial Mammals on Oceanic Islands
On the Relations of the Inhabitants of Islands to Those of the Nearest Mainland
Summary of the Last and Present Chapters
XIV: Mutual Affinities of Organic Beings: Morphology—Embryology—Rudimentary Organs—Classification
Analogical Resemblances
On the Nature of the Affinities Connecting Organic Beings
Morphology
Development and Embryology
Rudimentary, Atrophied, and Aborted Organs
Summary
XV: Recapitulation and Conclusion
Glossary of the Principal Scientific Terms Used in the Present Volume
List of Illustrations
Endnotes
Colophon
Uncopyright
The book hasn't received reviews yet.
You May Also Like 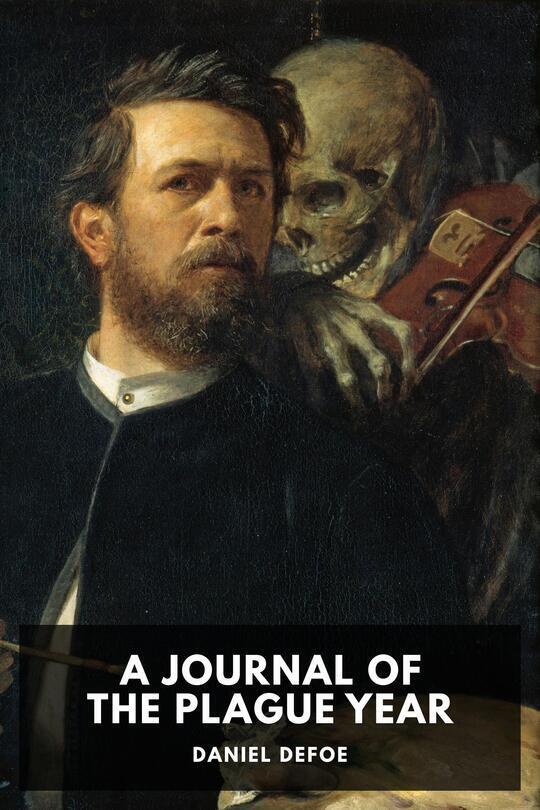 Daniel Defoe
A Journal of the Plague Year 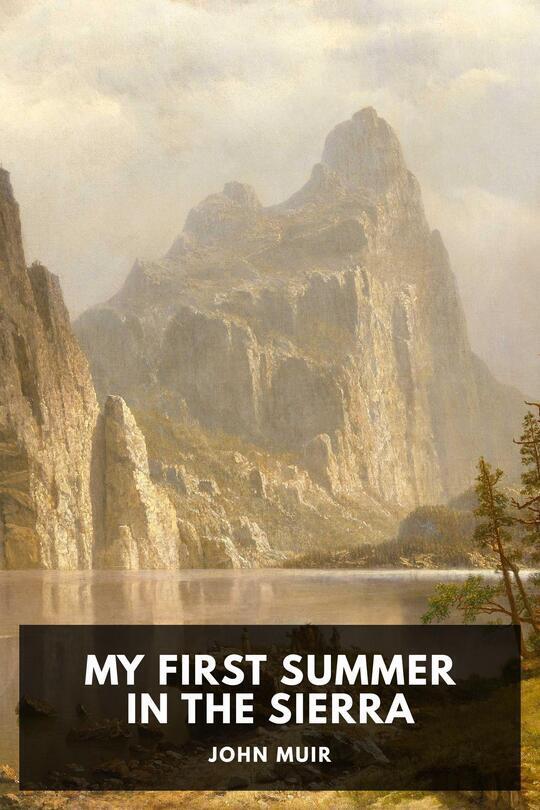 John Muir
My First Summer in the Sierra 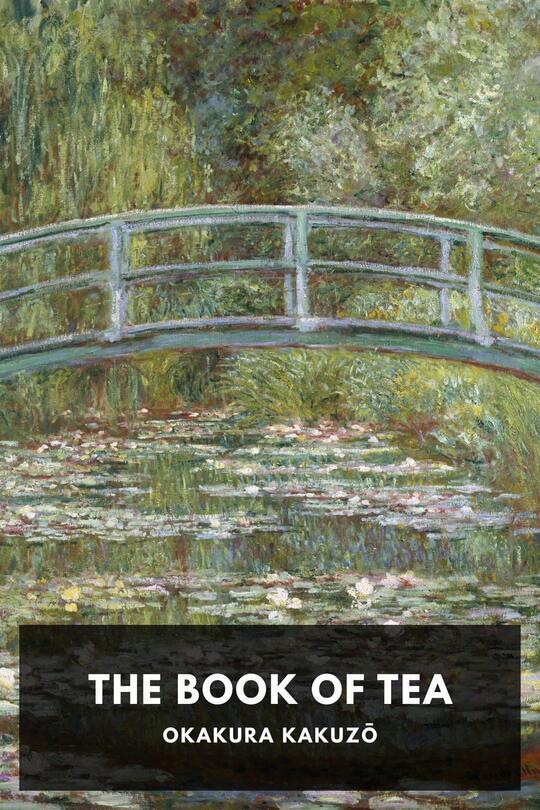 Okakura Kakuzō
The Book of Tea 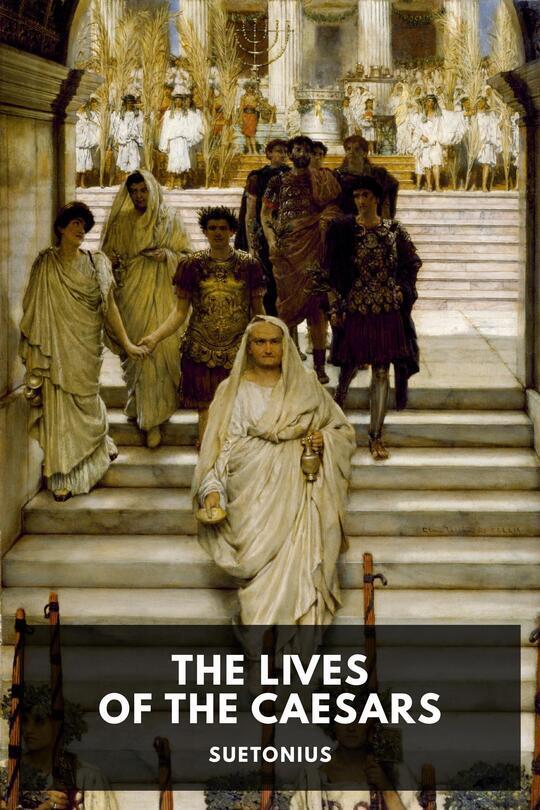 Suetonius
The Lives of the Caesars 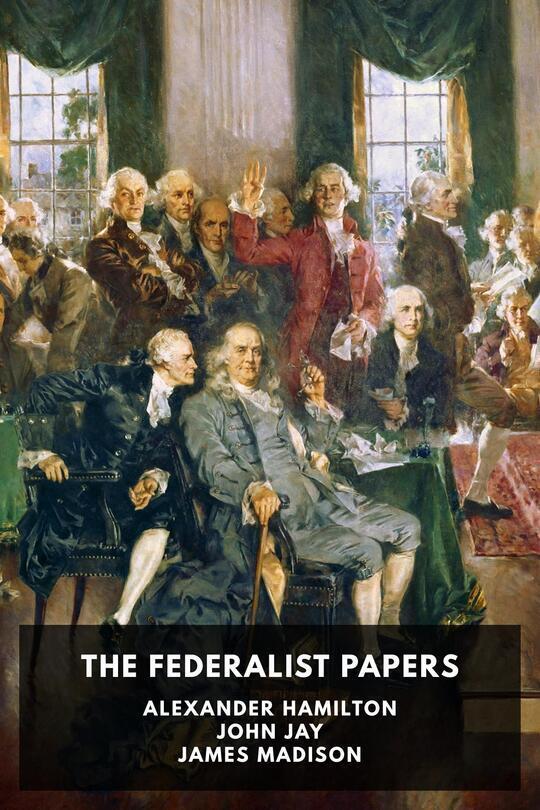 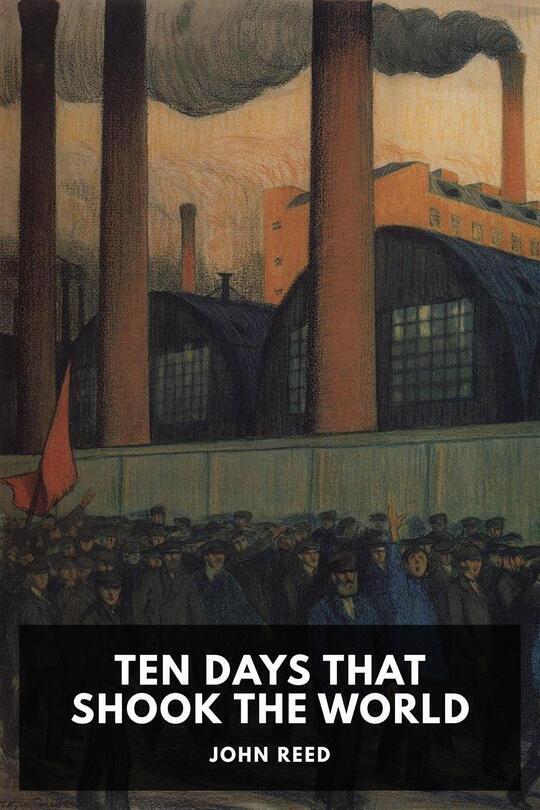 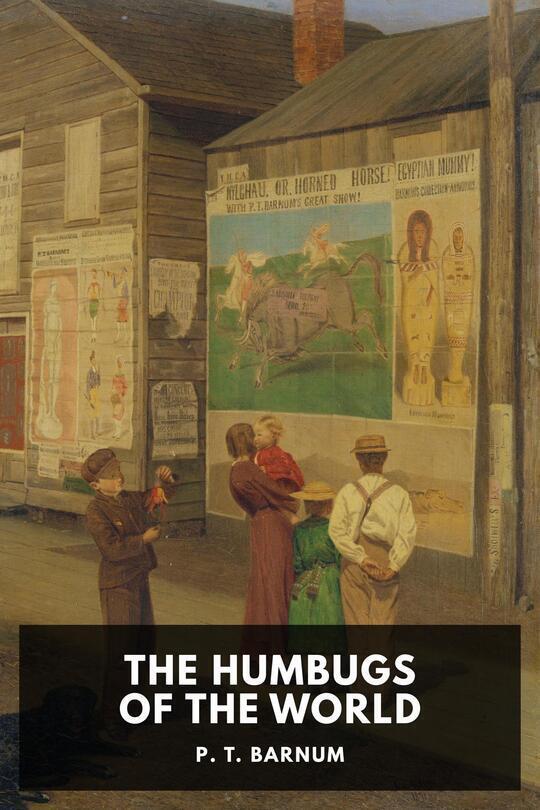 P. T. Barnum
The Humbugs of the World 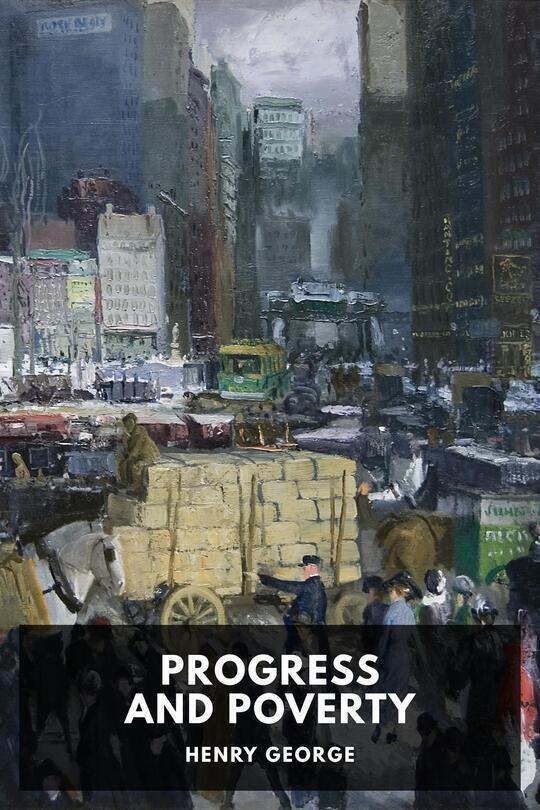 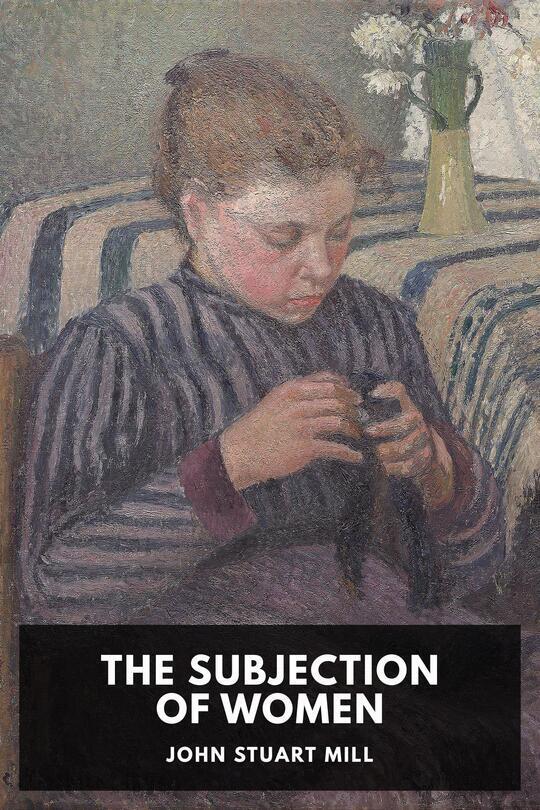 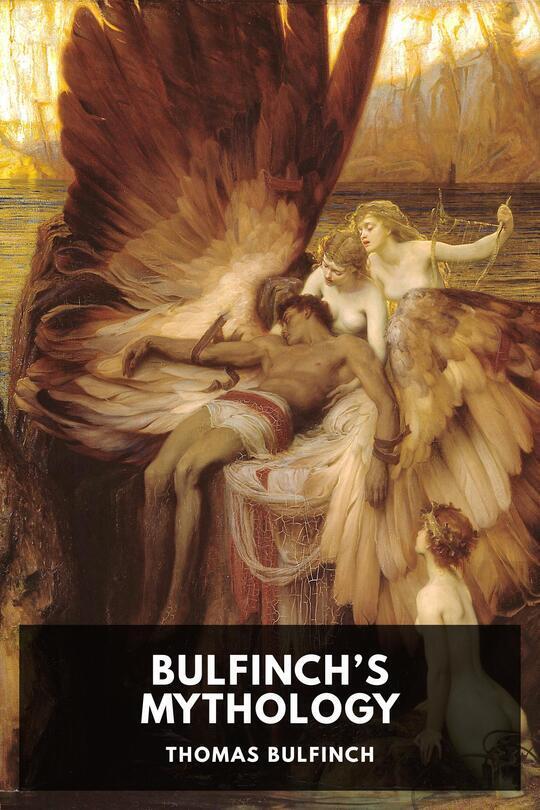