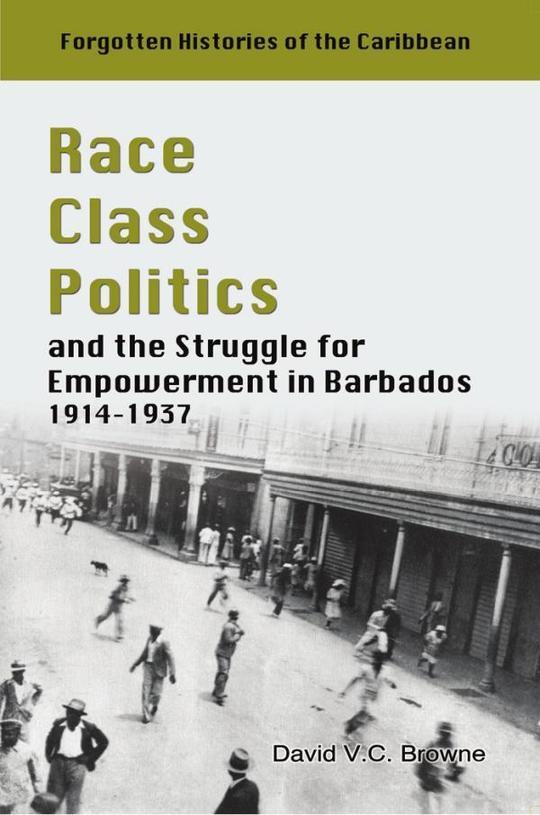 Race, Class, Politics and the Struggle for Empowerment in Barbados 1914-1937

By David V.C. Browne
US$ 9.99
Buy eBook NowGift eBook
The publisher has enabled DRM protection, which means that you need to use the BookFusion iOS, Android or Web app to read this eBook. This eBook cannot be used outside of the BookFusion platform.
DescriptionTable of ContentsReviewsComments
Book Description

In the immediate post Emancipation period, and continuing into the early twentieth century, there was little tolerance and outright opposition to any enfranchisement of the black and coloured working class population in Barbados. David Browne, in examining the struggles of the black working class for democracy, dispels earlier assumptions that socio-political change in Barbados was generated by a benevolent and philanthropic ruling elite.

In Race, Class, Politics and the Struggle for Empowerment, Browne delves into the networks formed by working class communities, and unearths the emergence of a black political consciousness driven to challenge the power of the planter-merchant elite and demand civil rights. The particular examination of the period between the First and Second World Wars is critical in exploring and presenting the Barbados contribution to social and ideological change in the British West Indian colonies and the eventual collapse of colonial society.

This pioneering work on race relations in Barbados in the early twentieth century presents a fascinating analysis of the struggle for empowerment by the black working class and fills a void in Barbados historiography while joining the ranks of contemporary historians who have examines race relations in other territories such as Trinidad, Jamaica and Guyana.