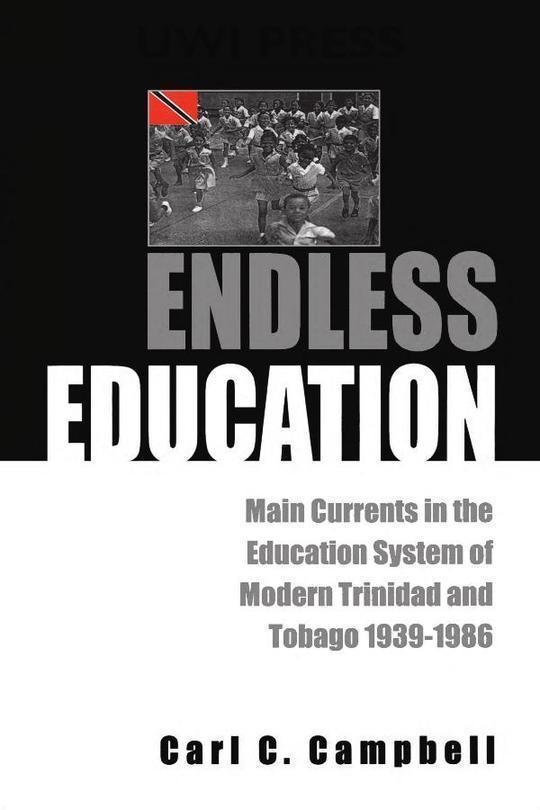 Endless Education: Main Currents in the Education System of Modern Trinidad and Tobago

By Carl C. Campbell
US$ 9.99
Buy eBook NowGift eBook
The publisher has enabled DRM protection, which means that you need to use the BookFusion iOS, Android or Web app to read this eBook. This eBook cannot be used outside of the BookFusion platform.
DescriptionTable of ContentsReviewsComments
Book Description

"Endless Education" is the first comprehensive study of education in Trinidad and Tobago during the long thirty-year regime of the People's National Movement (PNM), from 1956 to 1986.
Carl Campbell focuses on the efforts by Williams and the PNM to use education as an instrument of postcolonial nation building, and the consequent tensions and conflicts between him and the churches, between 'creoles' and Indians, and between Tobago and Trinidad. His study concludes that the goal of national integration through education eluded the planners, and that diversity, not unity, characterized the education system. Significantly, Campbell finds that as in many other facets of national life, only partial and incomplete decolonization was attained in education.

This study is useful as a source book in schools, colleges and at the University of the West Indies. Readers who reside outside of the Caribbean and who want to know more about the social history of one of the most important English-speaking Caribbean islands should find this book of more than passing interest.

This is the companion volume to Campbell's "The Young Colonials: A Social History of Education in Trinidad and Tobago 1834 1939" (The University of the West Indies Press, 1996).