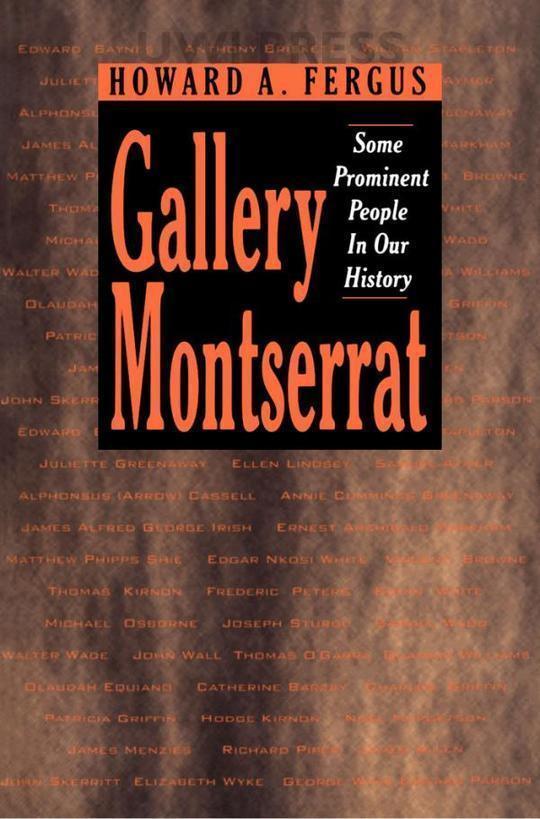 Gallery Montserrat: Some Prominent People in Our History

By Unknown
US$ 9.99
Buy eBook NowGift eBook
The publisher has enabled DRM protection, which means that you need to use the BookFusion iOS, Android or Web app to read this eBook. This eBook cannot be used outside of the BookFusion platform.
DescriptionTable of ContentsReviewsComments
Book Description

"Gallery Montserrat" presents biographical sketches of persons whose lives and work have shaped the history and development of this British colony from its European settlement in 1632 to contemporary times. The mosaic of persons includes Leeward Island Governor William Stapleton, the philanthropist Joseph Sturge, pioneer trade unionist Robert W. Griffith, the island's first Chief Minister William H. Bramble, the martyrs of the 1768 rebellion, Wally Wade who went from minus to millions, and two women ministers of government. On the artistic side it features nineteenth century king of Redonda, M.P. Shiel, the poet Archie Markham, and Edgar White whose plays have been staged in Europe, the USA and several Caribbean countries. These are ostensibly isolated portraits but together they give a rich insight into an island story, its evolutionary struggles and triumphs and the culture of its people.