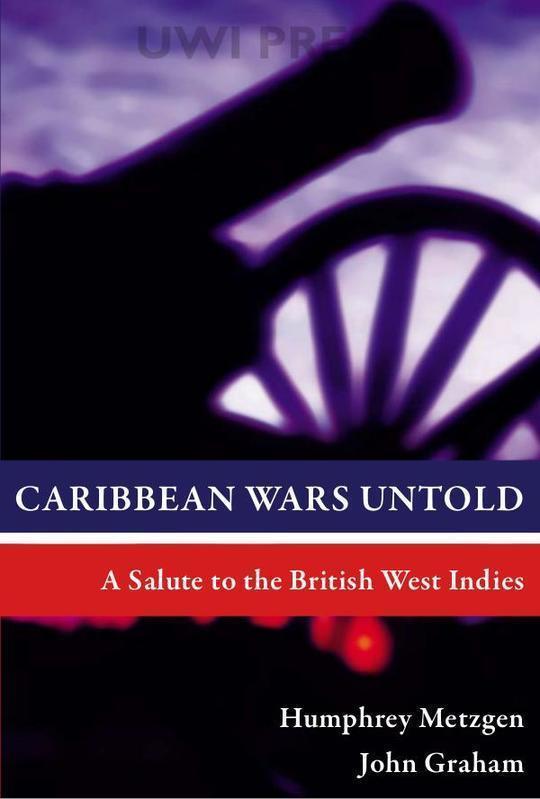 Caribbean Wars Untold: A Salute to the British West Indies

By Humphrey Metzgen, John Graham
US$ 9.99
Buy eBook NowGift eBook
The publisher has enabled DRM protection, which means that you need to use the BookFusion iOS, Android or Web app to read this eBook. This eBook cannot be used outside of the BookFusion platform.
DescriptionTable of ContentsReviews
Book Description

There’s a story about what supposedly happened when Barbados heard in September 1939 that Britain had declared war on Germany. To show the island’s solidarity, the colonial government in Bridgetown cabled a message to London. “Go on, England,” the cable reportedly read, “Little England is behind you!”

Quaint in the re-telling; but Britain’s Caribbean colonies were all eager to do their bit for the war effort, though the hostilities had precious little to do with them. The contributions of Barbados and the other territories to World War II—as well as Britain’s various other military encounters—may have been modest, not to mention unseemly to modern sensibilities, but they were sincere. And in Humphrey Metzgen and John Graham, former British Army officers, they find equally sincere chroniclers.

From the story of the local militias, raised to defend the islands against attack from other colonial powers, through the exploits of the West India regiments, which saw action across the globe in the 19th century, this book recounts the valour shown and, inevitably, the prejudice faced by Britain’s Caribbean subjects in the service of the Empire.

The book’s focus is on the world wars, in particular World War II. A number of vivid accounts from Caribbean soldiers and airmen, as well as from women who served in the Auxiliary Territorial Service in London, are included. And war buffs will delight in the descriptions of the U-boat battles that ranged across the Caribbean Sea.

Ultimately, however, the Caribbean experience of fighting for the mother country was one of “undervalued loyalty, unwanted assistance and frustrated enthusiasm”; perhaps the greatest legacy of the Caribbean’s involvement in Britain’s wars, as the authors speculate, was the hastened desire to leave the Empire altogether.