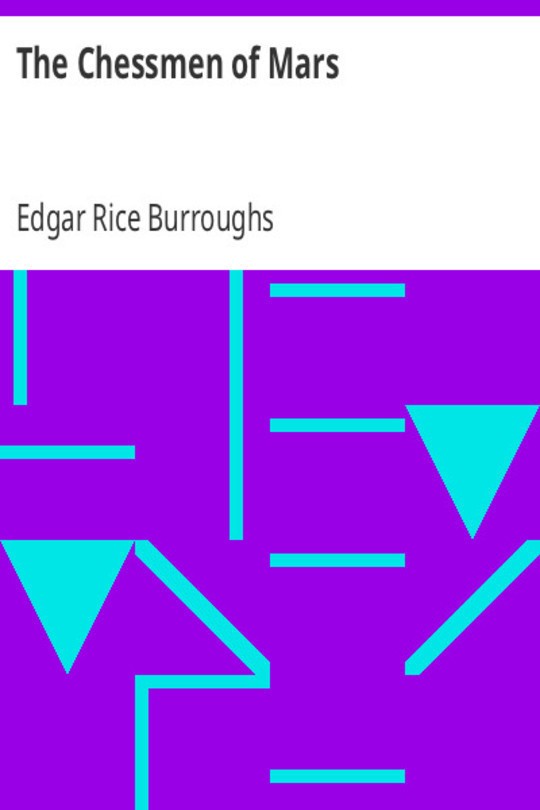 The Chessmen of Mars

Presently Ghek pushed aside a door that opened from the stairway, and before them Tara saw the moonlight flooding the walled court where the headless rykors lay beside their feeding-troughs. She saw the perfect bodies, muscled as the best of her father's fighting men, and the females whose figures would have been the envy of many of Helium's most beautiful women. Ah, if she could but endow them with the power to act! ~~~ Edgar Rice Burroughs created one of the most iconic figures in American pop culture, Tarzan of the Apes, and it is impossible to overstate his influence on entire genres of popular literature in the decades after his enormously winning pulp novels stormed the public's imagination. The Chessmen of Mars, first published in 1922, is the fifth book in Burroughs' Mars series, about the adventures of Earthman John Carter on the Red Planet. Here, Carter's daughter, Tara of Helium (aka Kansas), is caught up in a deadly game played by the bizarre creatures of the alien world... while also finding herself under the sway of the nameless warrior sent to rescue her. American novelist EDGAR RICE BURROUGHS (1875-1950) wrote dozens of adventure, crime, and science fiction novels that are still beloved today, including Tarzan of the Apes (1912), At the Earth's Core (1914), A Princess of Mars (1917), The Land That Time Forgot (1924), and Pirates of Venus (1934). He is reputed to have been reading a comic book when he died.