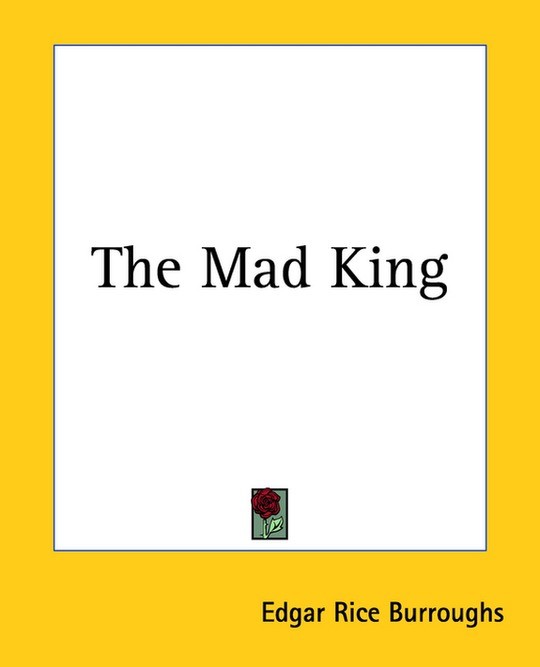 "I have passed through a series of rather remarkable adventures since I came to Lutha," said Barney apparently quite irrelevantly, after the two had remained silent for a moment. "Shortly after my car fell upon you I was mistaken for the fugitive King Leopold by the young lady whose horse fell into the ravine with my car. She is a most loyal supporter of the king, being none other than the Princess Emma von der Tann. From her I learned to espouse the cause of Leopold." ~~~ Edgar Rice Burroughs created one of the most iconic figures in American pop culture, Tarzan of the Apes, and it is impossible to overstate his influence on entire genres of popular literature in the decades after his enormously winning pulp novels stormed the public's imagination. The Mad King, first published in book form in 1926 and difficult to find in print, is the rollicking yarn of American Barney Custer, who is mistaken for a deranged sovereign in the faraway land of Lutha. Perhaps Burroughs's most outrageously grandiloquent work, this tale of daring swordfights, damsels in distress, and diabolical villains is a favorite among true Burroughs devotees. American novelist EDGAR RICE BURROUGHS (1875-1950) wrote dozens of adventure, crime, and science-fiction novels that are still beloved today, including Tarzan of the Apes (1912), At the Earth's Core (1914), A Princess of Mars (1917), and Pirates of Venus (1934). He is reputed to have been reading a comic book when he died.