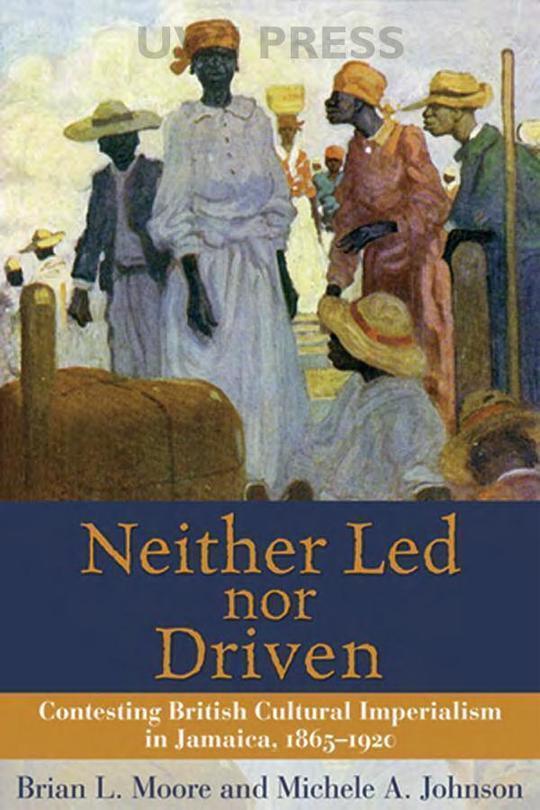 Neither Led Nor Driven: Contesting British Cultural Imperialism in Jamaica 1865-1920

By Brian L. Moore, Michele A. Johnson
US$ 9.99
Buy eBook NowGift eBook
The publisher has enabled DRM protection, which means that you need to use the BookFusion iOS, Android or Web app to read this eBook. This eBook cannot be used outside of the BookFusion platform.
DescriptionTable of ContentsReviewsComments
Book Description

An examination of the cultural evolution of the Jamaican people after the explosive uprising at Morant Bay in 1865. For the first time, the specific methods used by British imperial legislators to inculcate order, control and identity in the local society are described and analysed. The authors compellingly and convincingly demontrate that Great Britain deliberately built a new society in Jamaica founded on principles of Victorian Christian morality and British Imperial ideology. This resulted in a sustained attack on everything that was perceived to be of African origin and the glorification of Christian piety, Victorian mores, and a Eurocentric idealized family life and social hierarchies. This well-written and meticulously researched book will be invaluable for students of the period and those interested in Jamaican history and/or imperial history 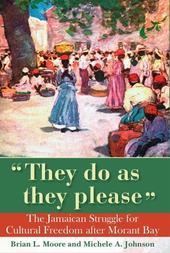 $9.99
They Do as They Please: The Jamaican Struggle for Cultural Freedom After Morant Bay
By Moore, Brian L./ Johnson, Michele A.