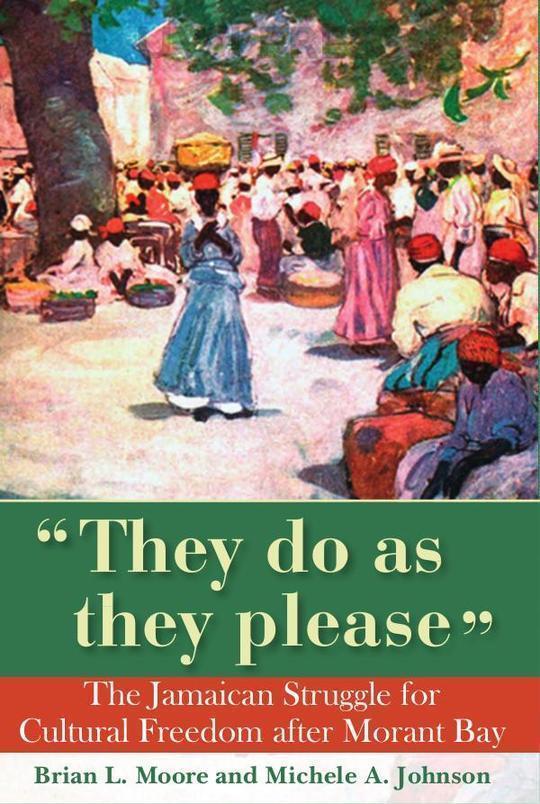 They Do as They Please: The Jamaican Struggle for Cultural Freedom After Morant Bay

By Moore, Brian L./ Johnson, Michele A.
US$ 9.99
Buy eBook NowGift eBook
The publisher has enabled DRM protection, which means that you need to use the BookFusion iOS, Android or Web app to read this eBook. This eBook cannot be used outside of the BookFusion platform.
DescriptionTable of ContentsReviews
Book Description

This book is a companion to Neither Led nor Driven, published in 2004. It examines the secular aspects of culture in Jamaica, namely, material culture (architecture and home furnishings, dress, and food), rites of passage, language and oral culture, creative and performance arts, popular entertainment, sports and games, social clubs and fraternities, and the issues of drinking and gambling. It also examines the lifestyle cultures of Indian and Chinese immigrants who were new arrivals in Jamaica.

Moore and Johnson argue that although a vibrant and fully functional creole culture existed in Jamaica, after Morant Bay, diverse elements within the upper and middle classes (the cultural elites) formed a coalition to eradicate that "barbaric" culture which they believed had contributed to the uprising, and to replace it with "superior" cultural items imported from Victorian Britain in order to "civilize" and anglicize the people. It reinforces the prime thesis of Neither Led nor Driven that the lower classes, the main targets of this campaign, drew on their own Afro-creole cultural heritage to resist and ignore the new elite cultural agenda; but they did selectively embrace some aspects of the imported Victorian culture which they creolized to fit their own cultural matrix. Ultimately, the cultural elite efforts at "reform" were hampered by their own ambivalence, hypocrisy and disunity, and they actually impeded the sponsored process of anglicization.

The data are primary archival and contemporary library resources housed mainly in Jamaica and the United Kingdom. The authors' meticulous analysis of official reports, newspapers, religious denomination reports, private papers and published accounts has produced a work that illuminates the complex and still under-explored period of Jamaica's history as the society entered new phases of "modernity". 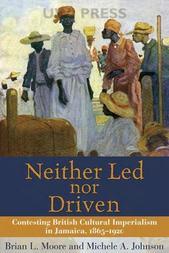