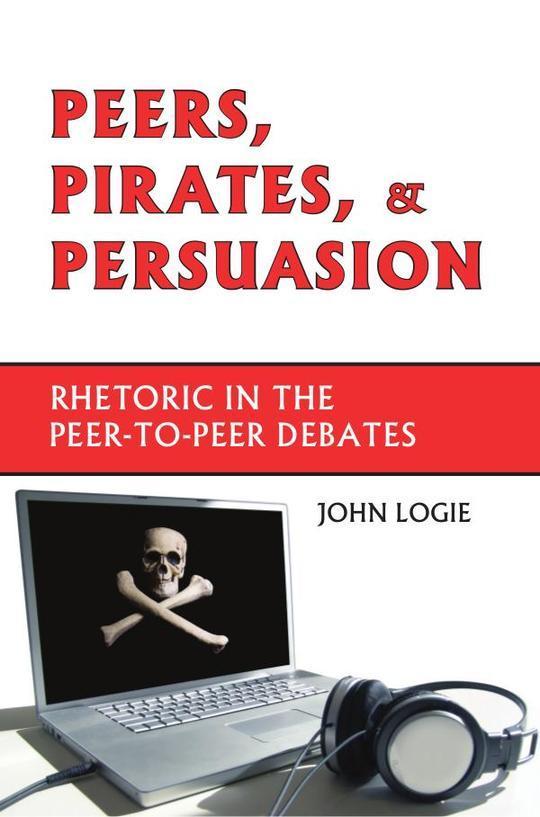 Peers, Pirates, and Persuasion: Rhetoric in the Peer-to-Peer Debates investigates the role of rhetoric in shaping public perceptions about a novel technology: peer-to-peer file-sharing networks. While broadband Internet services now allow speedy transfers of complex media files, Americans face real uncertainty about whether peer-to-peer file sharing is or should be legal. John Logie analyzes the public arguments growing out of more than five years of debate sparked by the advent of Napster, the first widely adopted peer-to-peer technology. The debate continues with the second wave of peer-to-peer file transfer utilities like Limewire, KaZaA, and BitTorrent. With Peers, Pirates, and Persuasion, Logie joins the likes of Lawrence Lessig, Siva Vaidhyanathan, Jessica Litman, and James Boyle in the ongoing effort to challenge and change current copyright law so that it fulfills its purpose of fostering creativity and innovation while protecting the rights of artists in an attention economy.

Logie examines metaphoric frames—warfare, theft, piracy, sharing, and hacking, for example—that dominate the peer-to-peer debates and demonstrably shape public policy on the use and exchange of digital media. Peers, Pirates, and Persuasion identifies the Napster case as a failed opportunity for a productive national discussion on intellectual property rights and responsibilities in digital environments. Logie closes by examining the U.S. Supreme Court’s ruling in the “Grokster” case, in which leading peer-to-peer companies were found to be actively inducing copyright infringement. The Grokster case, Logie contends, has already produced the chilling effects that will stifle the innovative spirit at the heart of the Internet and networked communities.