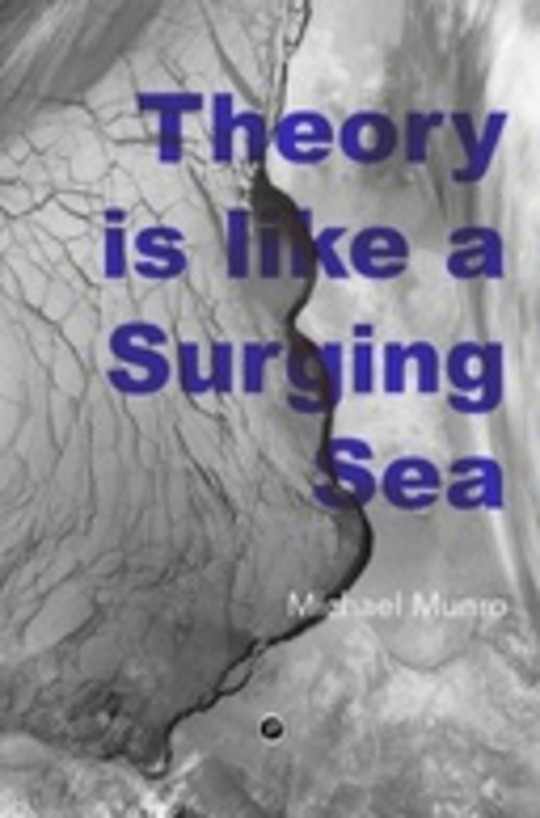 In a 1917 letter to Gershom Scholem, Walter Benjamin writes, “Theory is like a surging sea.” This small book takes more than its title from that line—it takes that line as a point of departure in Erich Auerbach’s sense, an Ansatzpunkt, as a compositional principle so that what follows can be read in its entirety as a gloss on the remainder of Benjamin’s sentence: “Theory is like a surging sea, but the only thing that matters to the wave […] is to surrender itself to its motion in such a way that it crests and breaks.” That motion, in the pages to follow, takes up in its sweep two threads: it folds an episodic meditation on the negative and the problematic into a series of singular interrogations exemplary of the positive being of the problematic, the objective being of problems and questions, in a movement of implication and explication between poetry and philosophy in the tradition of what’s come to be known as theory. Theory is like a surging sea because it’s as part of a revolutionary tradition that it crests and breaks.

Buy print edition and support the publisher at Punctum Books.