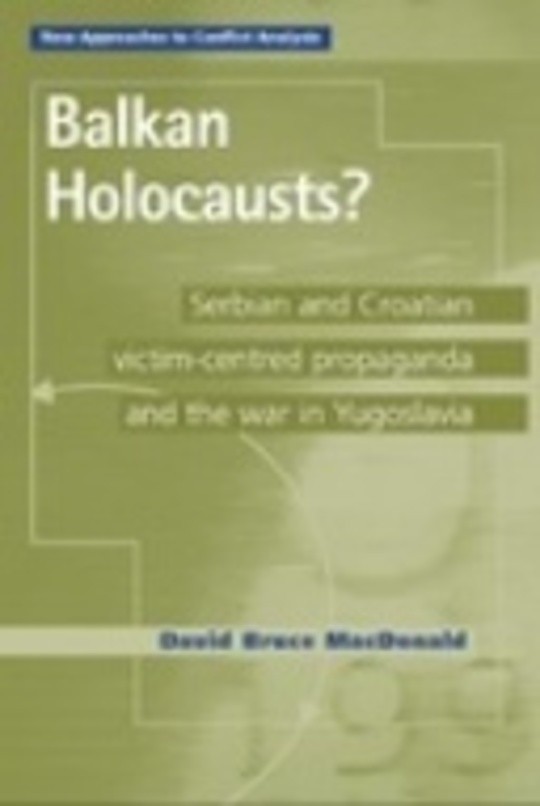 Balkan Holocausts compares and contrasts Serbian and Croatian propaganda from 1986 to 1999, analysing each group's contemporary interpretations of history and current events. It offers a detailed discussion of holocaust imagery and the history of victim-centred writing in nationalism theory, including the links between the comparative genocide debate, the so-called holocaust industry and Serbian and Croatian nationalism. No studies on Yugoslavia have thus far devoted significant space to such analysis. Offering a detailed analysis of Serbian and Croatian propaganda over the internet, the book discusses how and why the internet war was as important as the ground wars in Kosovo, Croatia, and Bosnia-Herzegovina. No other study has fully examined the importance of the Internet as a propaganda tool in wartime. Finally, Balkan Holocausts offers a theme by theme analysis of Serbian and Croatian propaganda, using contemporary media sources, novels, academic works and journals. Many of the writers reviewed have not been studied in any depth elsewhere thus far, and there is a definite need to criticise and compare their works. The role of Slobodan Miloevic in the construction of Serbophobia is considered fully as is Tito's involvement in the war, and the important Moslem question. This study throws comparative light on the use and abuse of propaganda in other contemporary and recent conflicts around the world. It will cast a fascinating and illuminating light on the Balkan conflict, setting the conflict in its proper psychological and intellectual context, wherein war fever and paranoia led eventually to war crimes of the lowest possible nature.