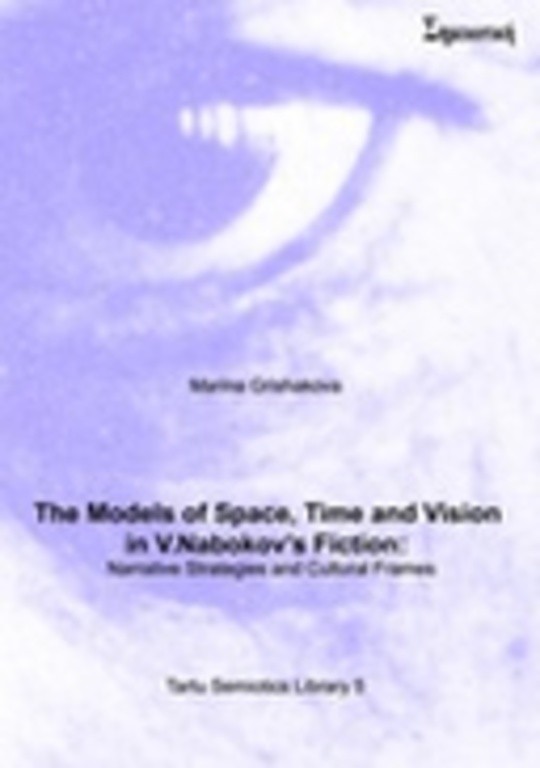 The Models of Space, Time and Vision in V. Nabokov’s Fiction: Narrative Strategies and Cultural Frames

Marina Grishakova belongs to the younger generation scholars of the Tartu-Moscow school of semiotics. Her book is part of a semio-narratological tradition of a single author or a single work research that tackles issues of wider theoretical import: applicability of the concept of “modeling” in the humanities, theory of mimesis and the function of experimental literature in (post)modernist culture. By drawing on Y. Lotman’s conception of artistic models, the book adopts the semiotic perspective on modeling as an open-ended heuristic process underlying the logic of discovery and creative thinking. The book discusses the models of time and memory in modernist culture (Nietzsche’s and Bergson’s philosophy of time, Minkowski’s research on the psychopathological types of temporality) and their relevance to Nabokov’s fiction; popular-scientific notions of serialism and the fourth dimension; thematizations of the observer in modernist philosophy and arts; visual “prostheses” and “machines” (Eco), particularly the “camera vision” metaphor, its relation to Bergson’s notion of automatism and the popular idea of the criminal use of hypnosis. Vision is thematized also as a means of seduction and noncoercive control. Even before Foucault, Baudrillard and other critics of modernity, Nabokov noticed that advertising, political propaganda and erotic seduction alike employ implicit forms of suggestion. The book revises Rorty’s dilemma of “autonomy” and “solidarity” as applied to Nabokov’s work and offers new readings. It considers categories of narrative poetics as forms of cultural encoding that broaden and transform reader’s modes of perception and sense-making. Micro-models active in certain contexts or in the works of certain authors function as mobile interfaces between individual sensibilities and complex cultural chrono- and spatio-types where time and space take on conceptual meaning. (This title is the second revised edition, available online only. The web shop refers to the first edition, which is available as a paper monograph.)